Anyone else cant wait for this after a year of non racing? Super excited, and the course changes and weather mean I reckon this could be one for the ages. My money is either on experience, or a young gun going balls out full tilt boogie!

Yeah.
Can't wait.
Sunday is free and the fridge is stocked with beer in preparation.

Not your typical leogang. The addition of that new section changes the whole feel of it. Should be a wild one to watch with a ton of story lines

Just saw this. I hope the weather threatens but they have both quali and the race. Could be 2 wild ones for the price of one 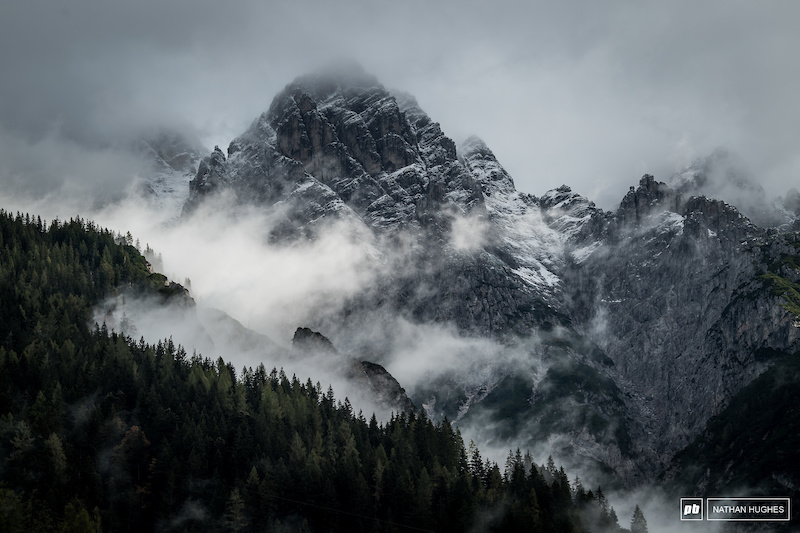 What Happens If It Snows? - Leogang DH World Champs 2020 - Pinkbike

Where can this be seen? Terrestrial television or online some where?

Patchinko said:
Where can this be seen? Terrestrial television or online some where?
Click to expand...

Just watched a couple of previews. Track looks pretty cut up already from the rain and that jump out the woods looks pretty big!

Patchinko said:
Where can this be seen? Terrestrial television or online some where?
Click to expand...

Track looks so sketchy, it's going to be a good watch ?

Unspectacular, Boring, Dusty, Dry, Smooth, clean, easy!
All words that can be ignored! Holy sh!t that looks Gnarly.
Looking forward to it.
I have done the top part of that course many times, but at about 1/8 th of the speed and avoidubg the flying bits. Megga respect for those girls and guys!
Last edited: Oct 9, 2020

For just the second time since 2012, the UCI MTB World Championships will be held in Leogang, Austria.

So who’s backing who? My moneys on Danny Hart, he has been out in the alps all summer prepping for this, and the conditions suit him IMO. Would love to see Kerr have a good go at it, and Minear potentially finishing his career off in a high note would be epic to see too.

On the women’s front would love to see Tahanee too the podium, though I think I Höll will be the one to watch, and of course Miriam Nicole has to be favourite

The results are in from seeding at the 2020 DH World Champs in Leogang.

Find here all the official news, photos, videos and documents related to the UCI Mountain Bike World Championships where all the best mountain bikers on the planet compete.

I've been thinking the same. But there are at least 10 other guys equally capable of pulling it out the bag.
With barely any racing to guage anything from it's a bit of a lottery picking a favourite.
A lot of the guys will have been training with only this ONE goal for the year too.
I mean, Could Gwin finally get his shit back together or will he be way off. That intense looks minging, almost as bad as the Tazer and that's a feat in itself. but has Jeff actually leasrned something new from the Tazer?
Loic you simply can't count out. on his day he's so fucking smooth and calcualted.
Laurie's result last weekend on a bike he'd never ridden before says a lot about his current form.
Troy is ALWAYS a threat. I can't believe he''s not actually won more.
Minnaar is the oldest wisest rider on the circuit and well used to riding actual low grip tech strongly.
Loris - if he stays on
fin is another young rider who always looks like he's gonna make the jump to the top step but it just doesn't all come together for. It will one day. I'm sure.
Remi used to absolutely rule on gnar. per-29er. is he on a mullet?
Trummer, Harrison, Branigan and even bernard could all be podium threats
Is Eddie racing? On it, and STAYING ON it. he's incredibly capable... and don't count out the importance of Enduro level fitness
and then there's wild cards like Frix, Estaque and walker (who's beaten Danny on a number of occasions in shite conditions)

it's wide open to me. Which can only make racing a good show.


Ps. I wish Hill had entered this... But I get the feeling he's just taking the year to chill. His latest video on the new NP Dissent was incredibly lame.

Oh.. and Moir in the fittest condition of his life with his loose but agressive style and those big gangly rut swallowing Peaty legs

Honestly can't wait for this

Find here all the official news, photos, videos and documents related to the UCI Mountain Bike World Championships where all the best mountain bikers on the planet compete.

Four Frenchmen among the top five

Minaar made 13th time, this was a day before, the forest at the bottom will be nice to watch, if the weather allows...

14 seconds back is a lifetime in DH.
But who knows if greg had a big mistake?
He's been known to fuck up qualis and come back for the win come finals before. Plus not all riders take Quali seriously at Worlds.
bit different this year with the threat of weather cancelling finals and Qualis counting for the title though.

Gary said:
14 seconds back is a lifetime in DH.
But who knows if greg had a big mistake?
He's been known to fuck up qualis and come back for the win come finals before. Plus not all riders take Quali seriously at Worlds.
bit different this year with the threat of weather cancelling finals and Qualis counting for the title though.
Click to expand...

The track will be brutally demanding and that favors the young guns. The top session is not my favorite, too fast and those gruelling doubles...but the forest at end is where the race will be won or lost. Can’t wait to watch that.

B1rdie said:
The track will be brutally demanding and that favors the young guns.
Click to expand...

Gaonae explain that one? Endurance and strength both increase with age (to a point obviously)
what young guns are you talking about?
Loris is 24 now so not really a youngster anymore.

The motorway is shorter than previous years and the doubles aren't an issue at all to the top guys.
Wyn did say the motorway surface has had work and is softer/slower now though

If the track gets as loamy as on Greg’s video I think that on the forest the fearless are going to have more chance, and will play with luck while the more experienced riders will keep conservative.

Wild riding rarely transpires to the top step. But yeah. this is world champs so you need to lay it all on the line for that one run so I get what you mean. Thing is stronger more experienced riders have more chance saving those sketchy moments than younger less experienced weaker riders. I don't think anyone is going to be riding conservative. Sunday's gonna be a great show that's for sure (if it goes ahead) and I'm a massive fan of wild riding. I still don't know who you're referring to as young and fearless though. Loris, Fin and Laurie have all pretty much proved that approach wasn't really working out for them. I think the only younger rider it has worked out for recently has been Amoury and look where it put him.

I wouldn't really call that loam. conditions on sunday could be anyone's guess but it's almost cettainly not going to dry up.

Webcam Leogang & Webcam Saalfelden: Stay up to date and get current impressions of the destination with the livecams in the region Saalfelden Leogang.

Bad news for Vali Höll after what sounds like a big case on that Canyon gap just after the forest section. Hope she’s OK 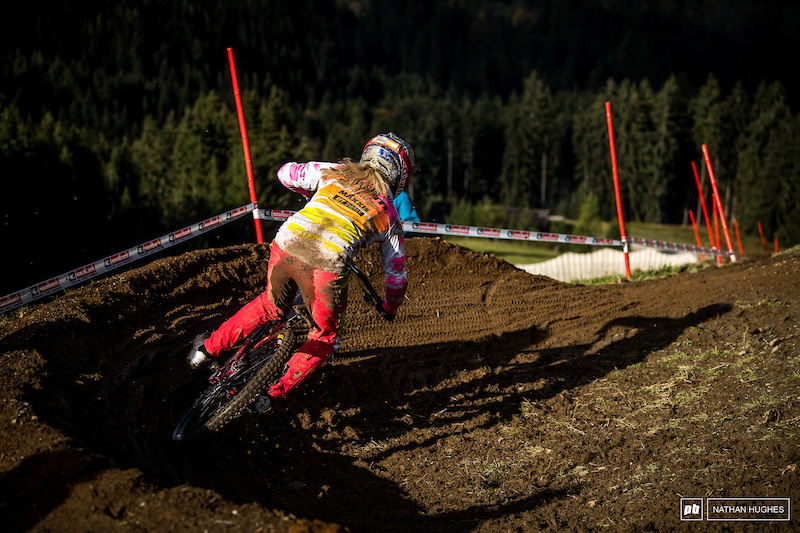 Vali Höll will not be taking to the start line for her first Elite World Championships after a nasty crash in practice.