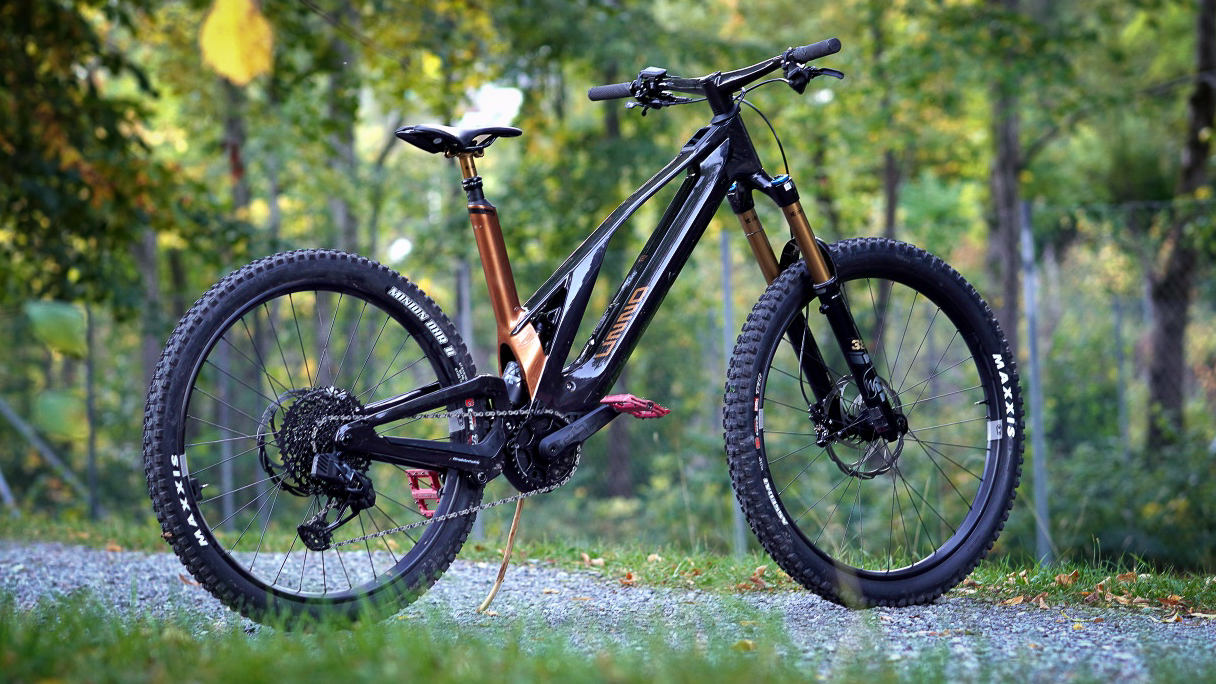 Having ridden mountainbikes since long before the emtbs, I thought I knew most brands. But Unno was new to me. So, are they like one of those new companies that make an ebike and care more about looks than performance? Boy was I wrong! The former World Cup DH rider Cesar Rojo and Cero Design are behind Unno. Those are basically the inventors of modern bike geometry, what we often refer to as “long, low and slack”. Like the Forward Geometry of Mondraker.

Unno just changed the name of this bike to the Unno Mith. It's still the same bike though. Read all about it here.
Click to expand...

We made two videos of the Unno Boös Race. The first one is a review of the bike, the other is just some music and riding footage.

Cero Design know their suspension kinematics too, having done designs for brands such as Intense. And they’re showing off their skills with the Unno Boös. The rear linkage looks so clean. Being a virtual pivot point (VPP) design, the rocker isn’t exposed. And the Fox X2 Factory shock is mostly covered by the seat tube. This is a bit unpractical though, it’s a bit of a hassle getting to the air valve and adjustment knobs. 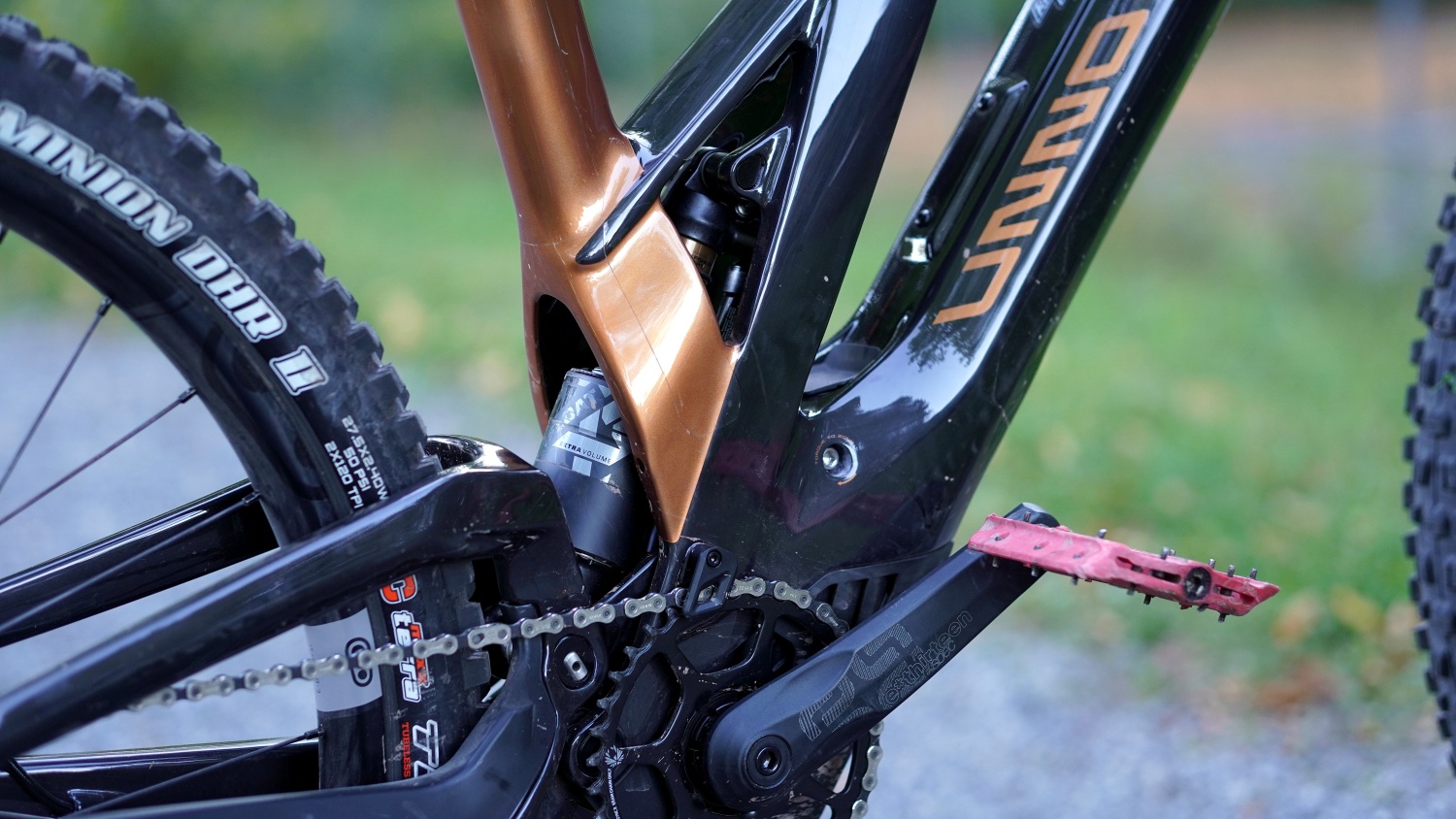 The Fox X2 shock sits inside the seat tube

Running a 170 mm travel Fox 38 Factory fork, I expect great performance up front. But it’s the 160 mm travel rear end that stands out while riding. Unno makes a point about running enough sag. So, I started out with just shy of 30%, which isn’t a lot. And what can I say. The Unno Boös Race rides so well. The rear end is composed, and I can really push through in the turns. 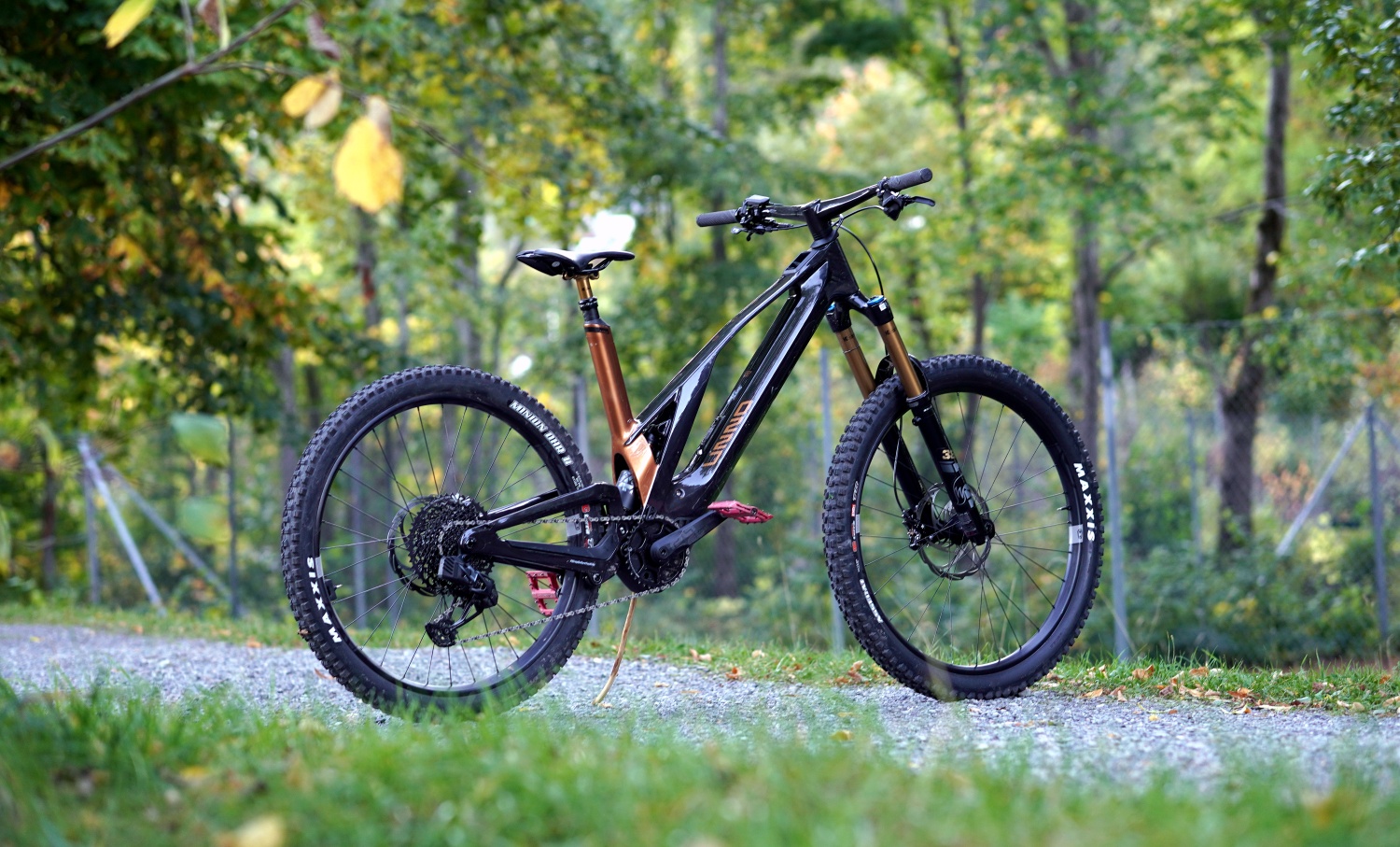 Then I dropped the sag to 35 and then some percent. This is just great! I’m always enjoyed a low bottom bracket height, and the bottom bracket now sits noticeably closer to the ground. I did smash the crank arms a few times before my mind had readjusted. It doesn’t feel like I’ve sunk to deep into the rear travel though, there is still a nice amount of pop. I can ride the rear suspension with little low speed rebound and no compression. When letting off the brakes on the descents, the back-end tracks so well. It’s such a composed and stable ride that levels out the trails. The Maxxis DHR II rear tyre with the burly Double Down sidewalls adds to the stability. 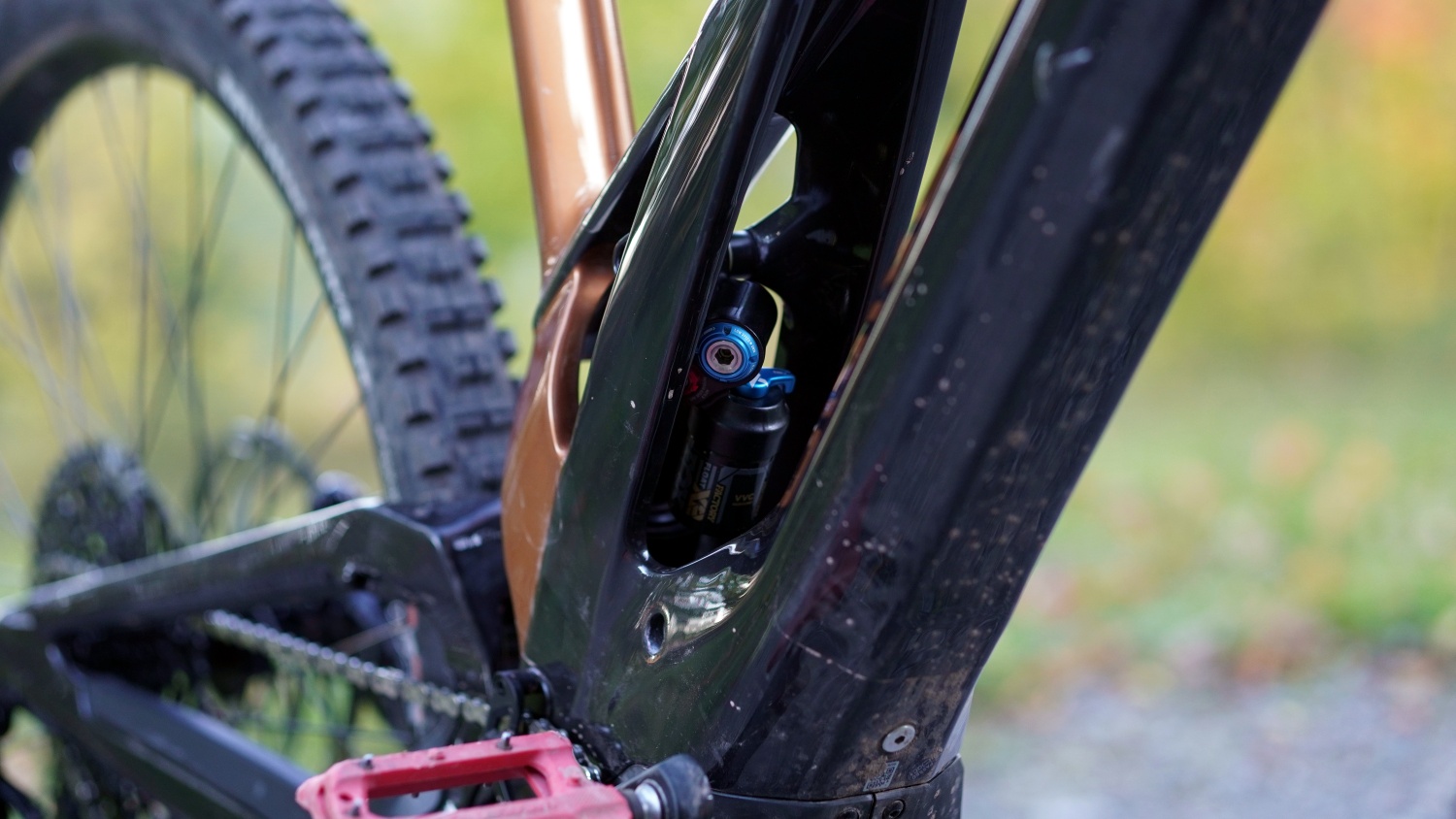 Unno, which previously have made bikes in just one size, now decided to make a whooping 3 different sizes. I’m riding the S2, which translates to a size Large. The 64* head angle, 450 mm chainstays and the 470mm reach adds up to a 1265mm wheelbase. Seat angle is of course steep at 77*. These figures indicate this is a capable descender, but it’s not the most extreme “long-low-slack” bike out there. 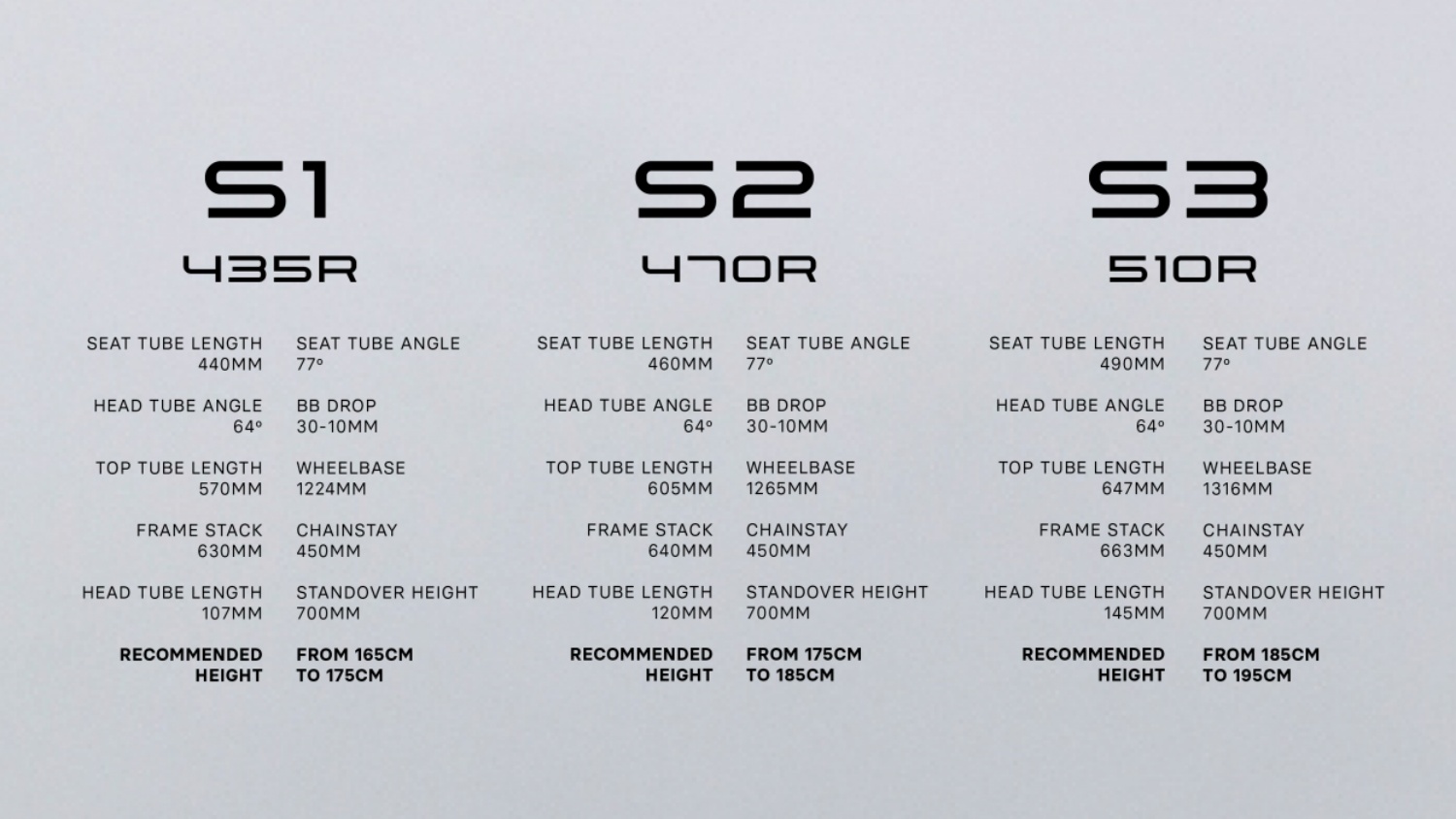 Rest of the specs​

The Unno Boös Race is the cheaper of two models, coming in at €9.995. I know it’s going to sound stupid, but this is a good price. Prices have skyrocketed, and it’s continuing for 2023. 10k is an insane amount of money, but it compares well to the competition. After all, you get Fox Factory everything and Sram GX AXS 12 speed drivetrain. The wireless GX AXS really is all I can ask for in a drivetrain. Shifting is smooth, fast and precise. 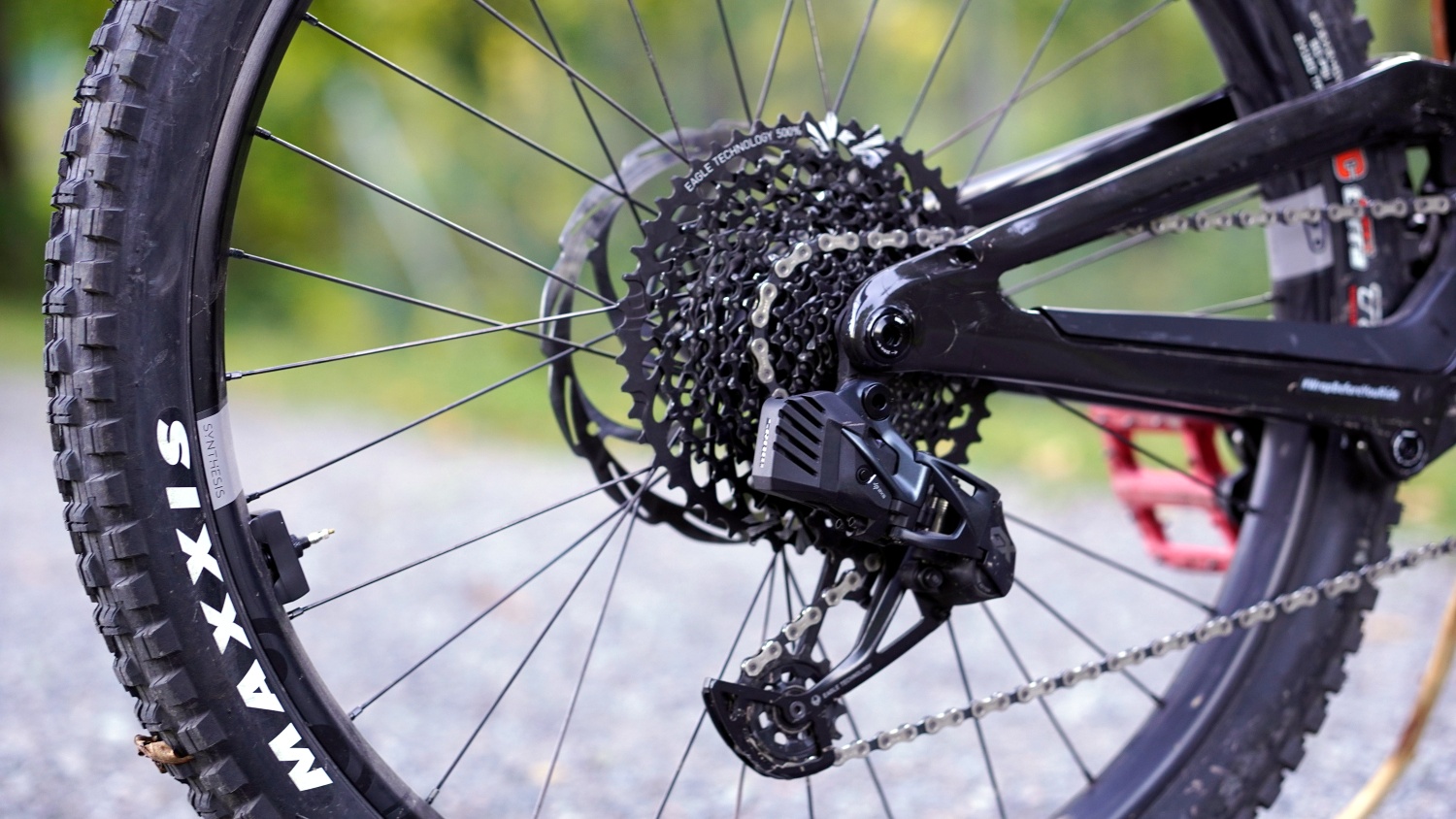 This 23,1 kg bike comes with a mullet setup on Crank Brothers Synthesis alloy wheels. Front tyre is a 29x2.5” Maxxis Assegai 3C EXO+. Back tyre is a 27.5x2.4” Maxxis Minion 3C DD. The integrated carbon cockpit appears to have the shortest stem ever. Could it be 20mm? Well, no. The center of the handlebars is recessed, making the stem look short. But the effective stem length is 40mm. 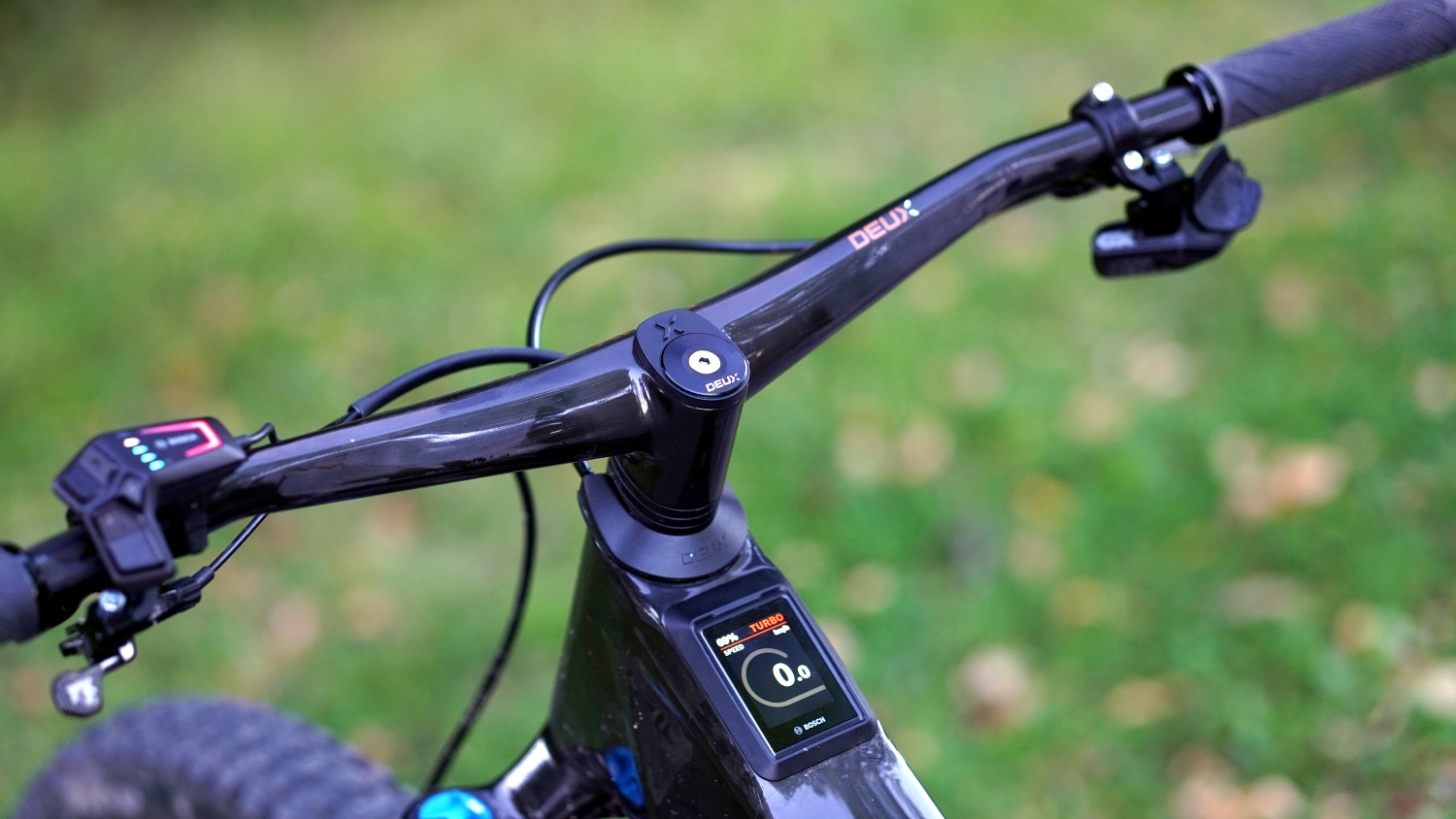 So, how do we make an emtb that handles great? Unno decided fitting the biggest battery out there was the way to go. I’m not going to say this is a stroke of genius, but they decided to bolt the battery to the frame. Several manufacturers are doing this for 2023. It’s difficult making room for the long battery and the mounting hardware at each end. Skipping the mounting hardware and screwing the battery to the frame frees up valuable space. And it sheds some weight. The mounting hardware and locking cylinder are a few hundred grams. And not having to make a huge hole in the downtube saves more weight as the frame doesn’t have to be reinforced around the battery opening. 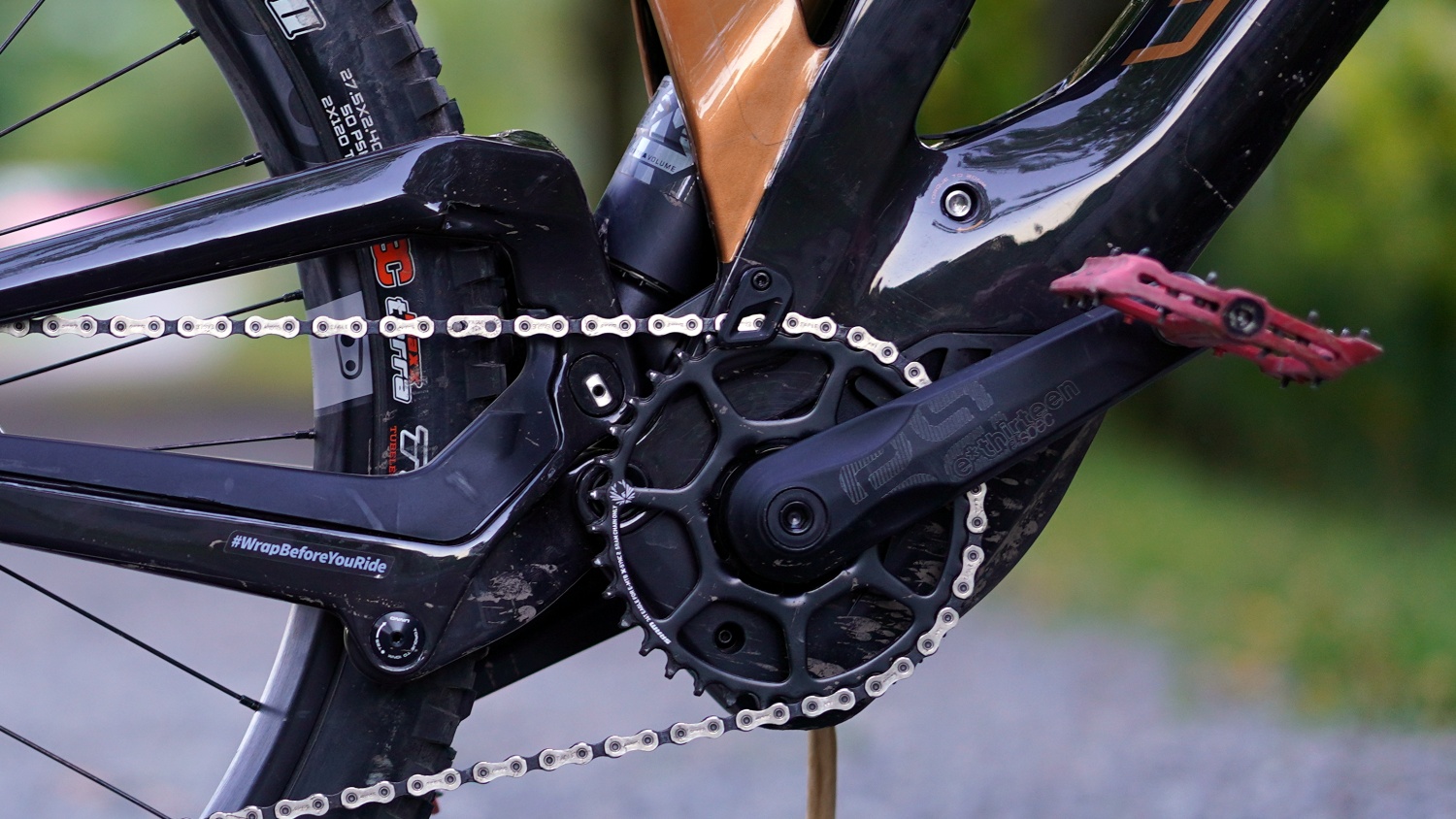 With the Bosch Performance CX motor, the Unno Boös is what we call a full fat emtb. Along with great power comes great range, in this case. The Smart System supports tweaking of motor assistance. Riding Boost mode in +5 offers lots of power. EMTB and Tour mode can not be altered, but ECO can. Unno has the best integration of the Kiox-display that I have ever seen. It sits nicely in the downtube. 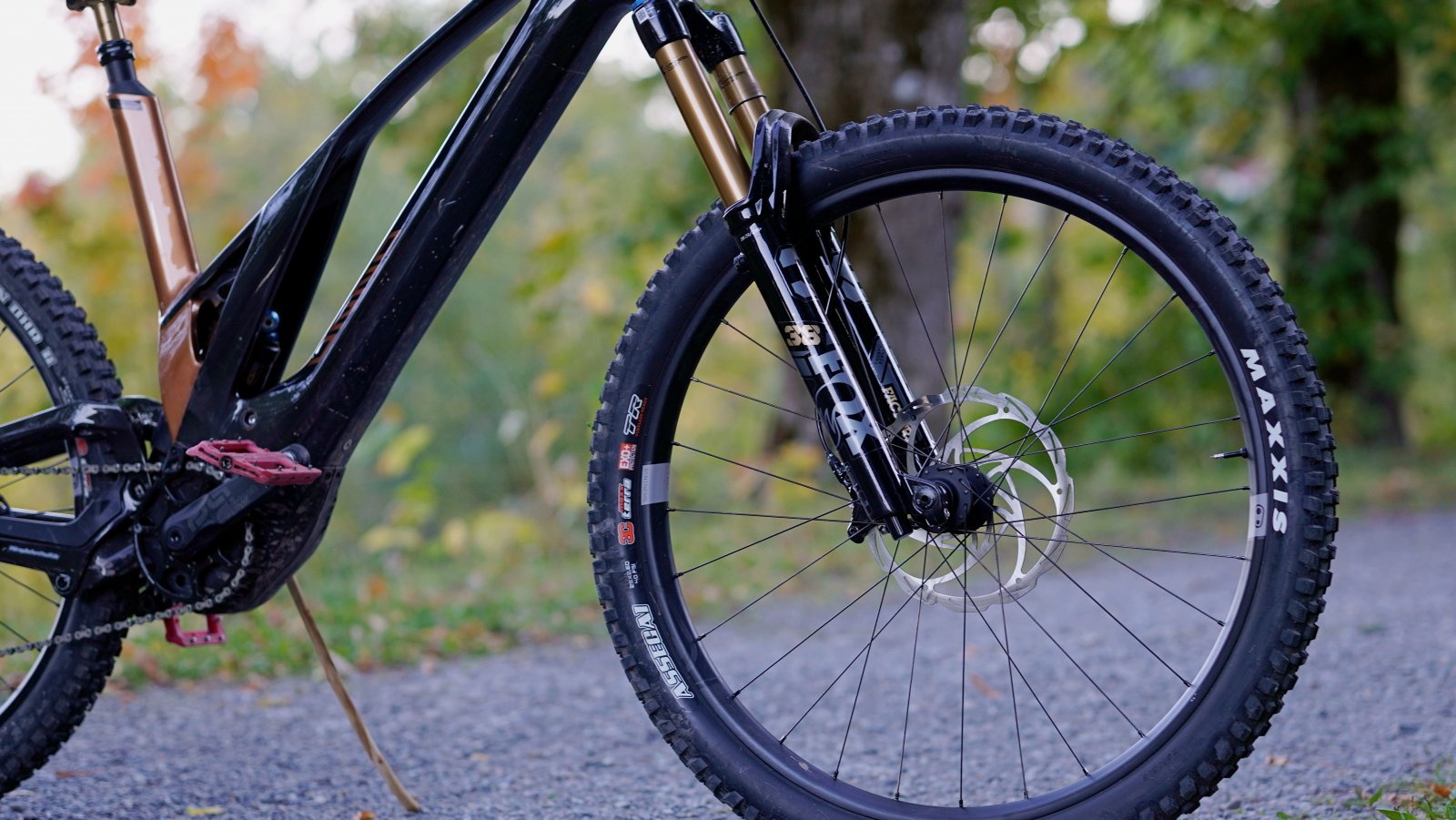 I’ve already said much about descending. But how does the bike fare on other trails? The 450mm chainstay length is neither short nor long. Combined with the steep seat tube angle, it’s long enough to ensure great climbing abilities. This bike has the balance and power to take the test climbs with ease. Which was no surprise. 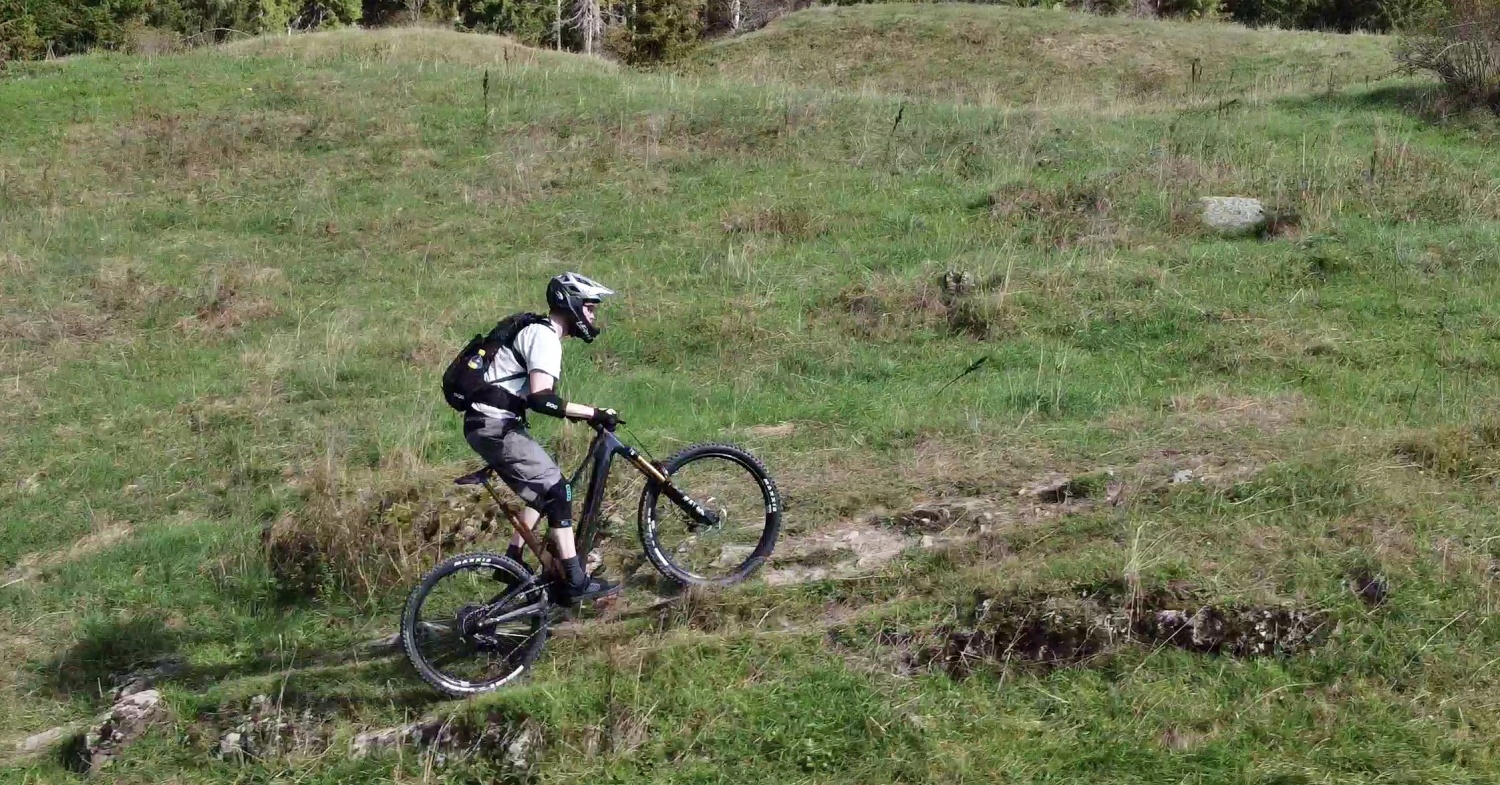 I was more interested to see how it performed on the flatter trails. At 23.1 kg, it’s 4kg heavier than most lightweight emtbs. But it’s also 3kg lighter than a lot of the full fat emtbs, and that is noticeable. The Boös is surprisingly easy to throw around at lower speeds. Steering is fast, making it pretty easy to do fast consecutive turns. This is one of the more inspiring full-fat emtbs I’ve ever ridden. And that’s quite surprising considering the 170mm travel and big battery. 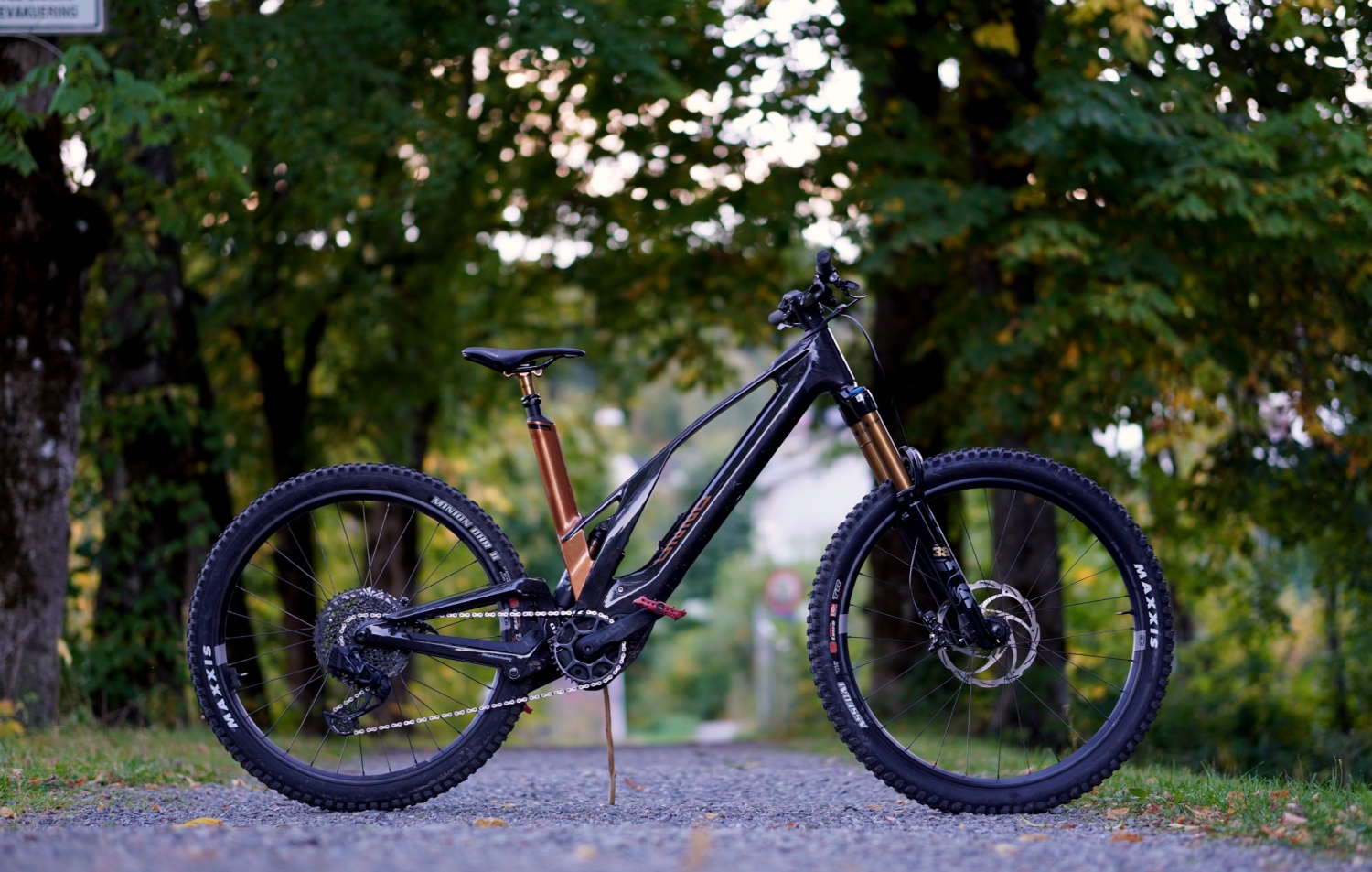 This could look like a bike from a sports car manufacturer that is dipping their toes in the bike business. Focusing mainly on design. But no. This is a bike made by people with extensive experience from the bike industry. Unno shows us how to combine sort of an avant-garde design with stellar performance. Sure, there are some minor compromises, but all in all, this is highly successful. The Unno Boös Race is composed and collected on the trails like few others. Still, it’s among the more inspiring and fun bikes, also in less demanding terrain.
Reactions: vte.ktm, BAMBAMODA, HGmtb and 3 others
About author

Such an interesting bike, and a lot to like.
you say in the article that the reach figure is undisclosed, but is that not part of the name?

Mteam said:
you say in the article that the reach figure is undisclosed, but is that not part of the name?

Yeah, you're right, pretty obvious now that you've mentioned it
Interesting bike, but that seat tube just looks like a failure waiting to happen, it just looks wrong from an engineering point of view. I'm sure they've beefed it up and will say its fine, and maybe it will be fine, but I wouldnt be first to buy one.
What is the dropper post length on the s2 ?

I couldn't find it on their webpage, MITH - Unno

Is it possible they changed the name of the bike ??? from Boos the Mith ?
Wow. Just wow.
Incredibly sexy to look at, but that's a huge jump in reach between sizes.
amazing looking bike, hope it makes it to the US market.
Top