I remember my first real bike. I must have been about 8 years old and there was some incredible excitement ahead for me. I had asked Santa for a bike and after what seemed like eons the big day finally arrived. It was an Emmelle 6 geared bike that I’d hand picked in the local bike shop a few weeks before. I loved that bike. I remember hauling it up the stairs most nights and placing it in my bedroom so I could look at it as I fell asleep. To me, it was a magnificent machine. As an 8 year old boy I was free. I had wheels. I could join the other kids on the block and start discovering the wider world. Cycling gave freedom. Freedom to go and explore. Freedom to travel. There was nothing like being able to jump on a bike and see where the day took me and my gang of mates. 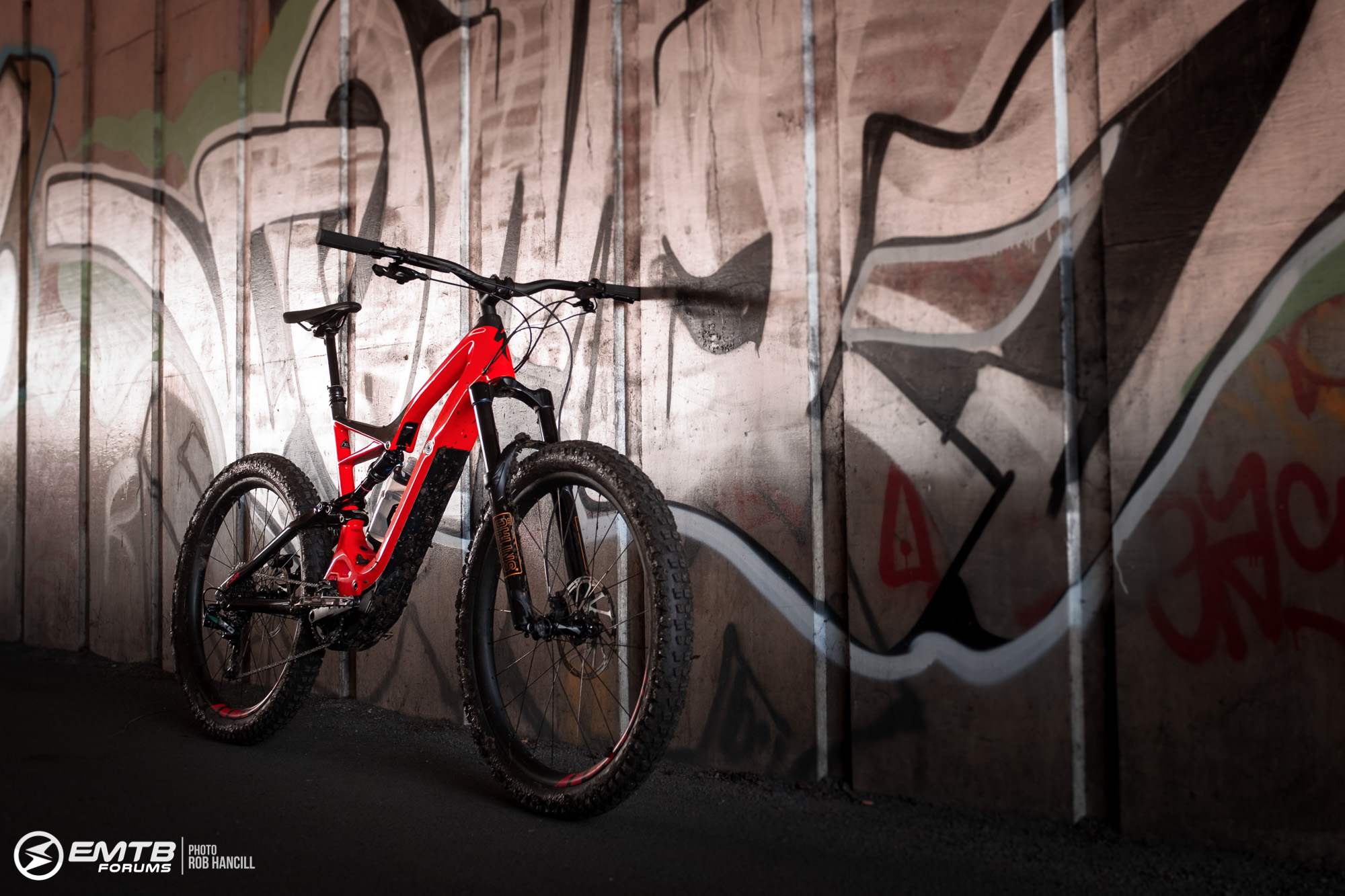 Twenty-nine and a half year later, I (aged 37 1/2) and Georgina (aged 8) took off and rode like I did all those years ago. No, no big epic day out planned. No technology used to plan out or map our ride. Nothing at all. I didn’t even put on cycling shorts (turns out skinny jeans actually are quite comfortable to cycle in!). Instead, we filled a backpack with some picnic stuff, grabbed our bikes and headed in the direction of a cycle path that I’d seen somewhere in the past.

Our goal was just to ride somewhere. Who cares where, but somewhere around our local area to discover a bit more about where we live. We’ve been in the same area for 9 years but our regular destinations are as follows. Supermarket. Cinema. Shopping Mall. If we do go out on bikes, its a either a planned route that we’ve done regularly for the past 9 years or its a ‘proper’ ride where we go to a trail centre. 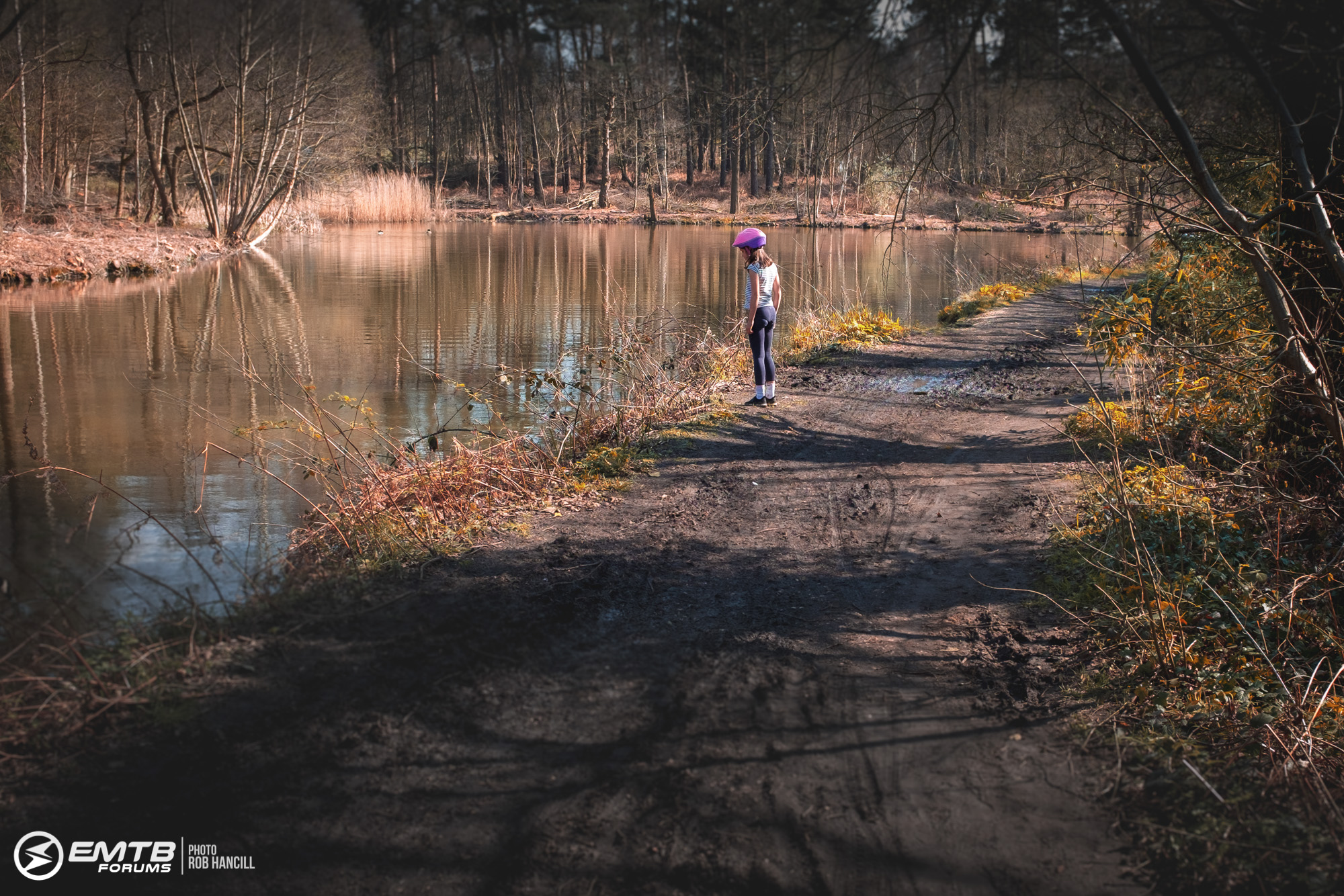 We started riding, Georgina on her Cube that I’d built up for her (customised 80mm RockShox, SRAM 1×11, she doesn’t know how good she’s got it!) and I took out the Turbo Levo. Not that I needed any assistance, but I wanted to just jump on a bike and ride it and this was the bike that was ready to go. What was amazing was how much there is around where I live that I had no idea even existed. We passed two large lakes, cycled through some boggy marsh land next to a river, walked over a railway level crossing (a first for Georgina) and then hit a small village that I’d never been to. 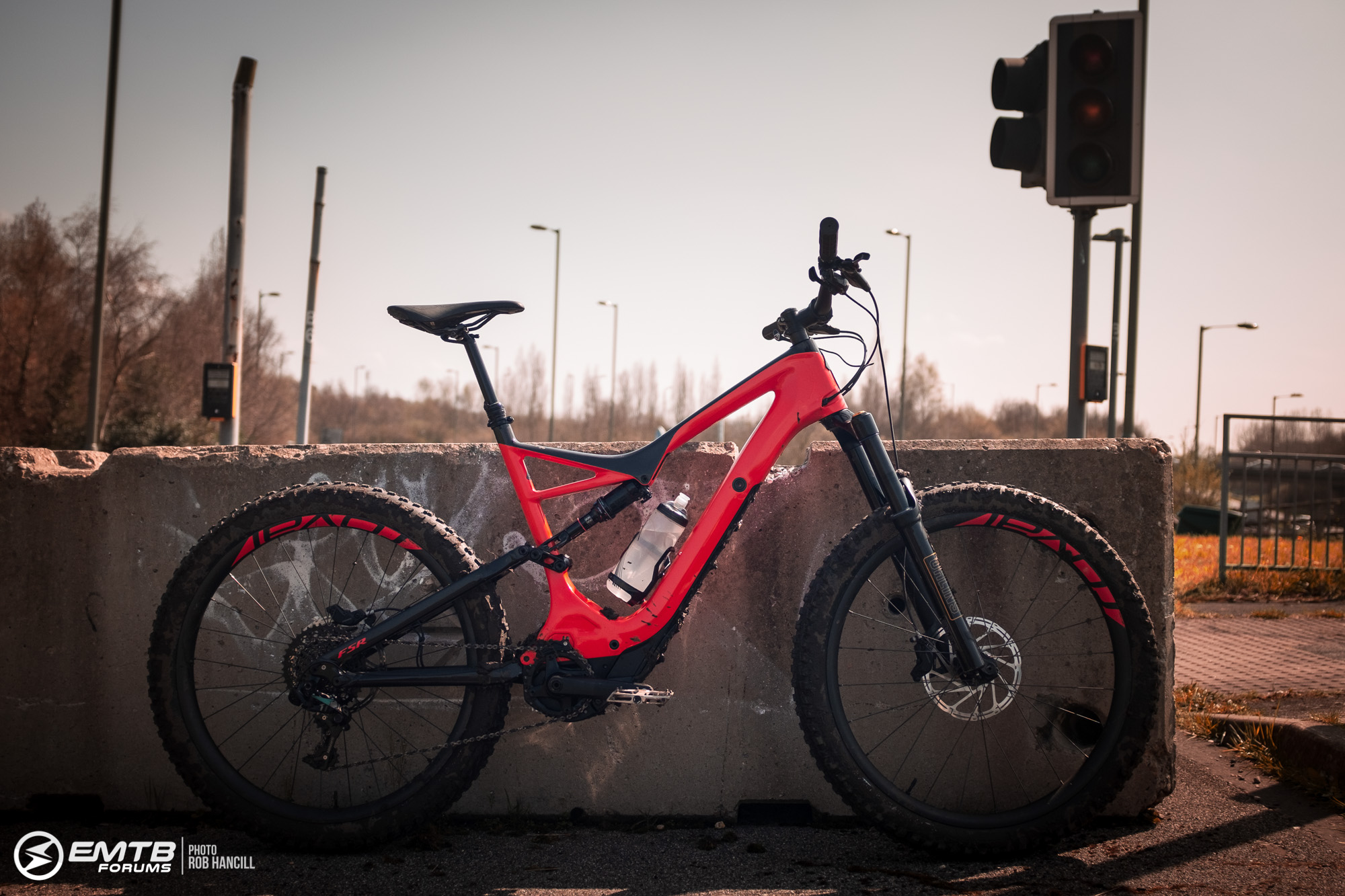 We then found ourselves a bit lost. I almost got out the iPhone to open up the Maps but cycling towards us was a fellow rider. He slowed to say hello and I asked him if there were any decent routes that we should head towards. “Past the pub, turn right and you’ll hit the canal tow path.” The tow bath was beautiful. Spring had also arrived, the air was 15 degrees and I had that sense of nostalgia. Discovering somewhere for the first time again, on two wheels, with a friend. After a few miles we found a big park with a few football fields, a cafe and a kids play park.

We chilled here, got out our peanut butter sandwiches and snacks and checked out all the mud that was all over our bikes. Georgina went to play at the park whilst I watched over the bikes. Lots of interest again in the EMTB but this time I kept a distance so I had no need to answer any questions from onlookers. 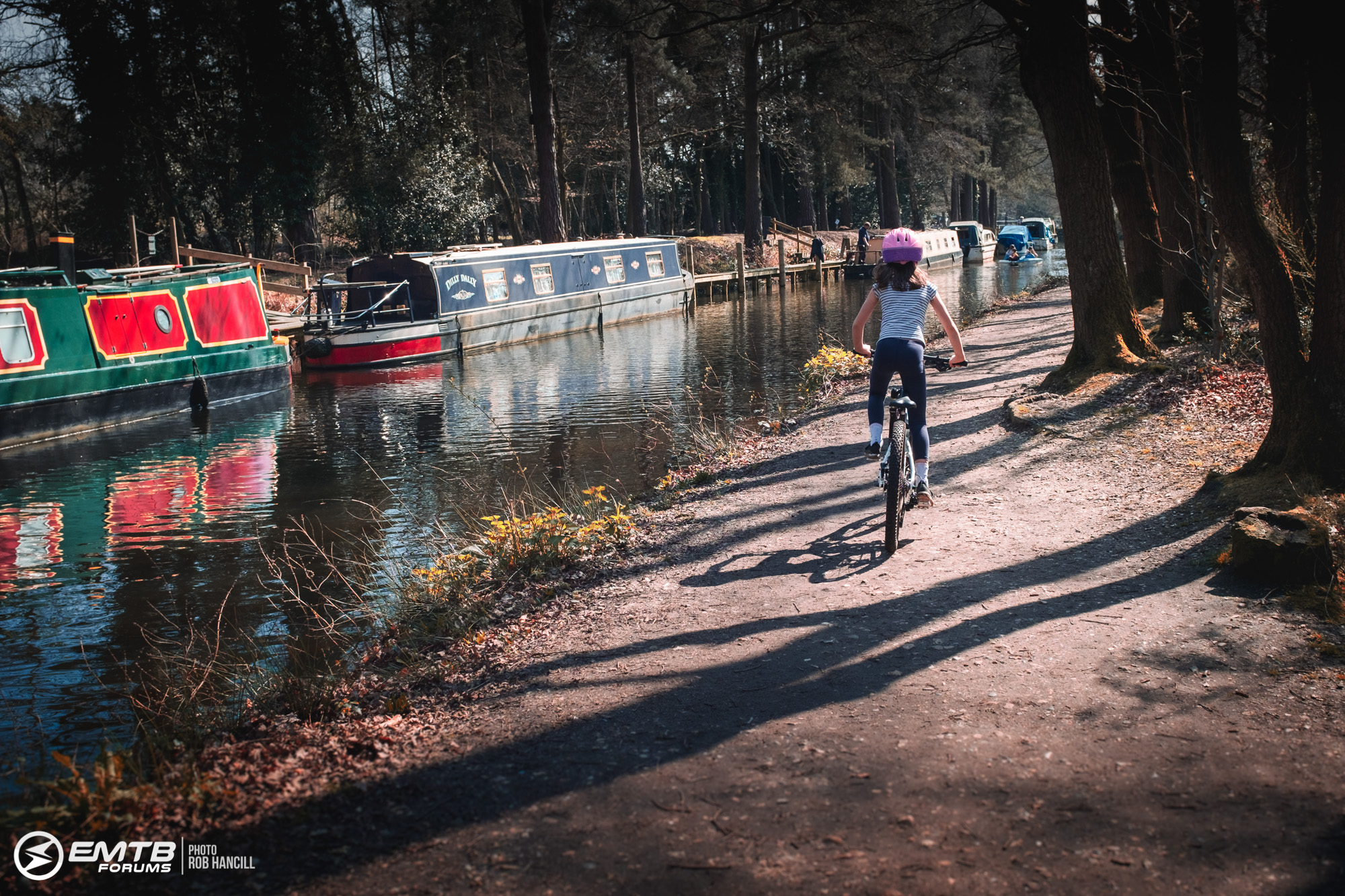 30 minutes later and we were ready to ride. The canal path was so good for Georgina. Flat, smooth, easy. Loads of nature and wildlife to look at and see. Ducks, swans, geese, squirrels. Boats. History. It was lovely cycling along side some working boats, under the bridges and discovering our local area.

The tow-path started to get busy with families, dog walkers, cyclists and bored teenagers. We’d covered about 9 miles and then Georgina said the question that I’d been waiting for for a little while: “Can we go home now?”. I was impressed that she’d made it this far. Not because of the fact that she’s tired, but she gets bored quite quickly. There was no technology on this ride (well, other than a cutting edge EMTB!). No iPad, iPhone, YouTube or Fortnite. 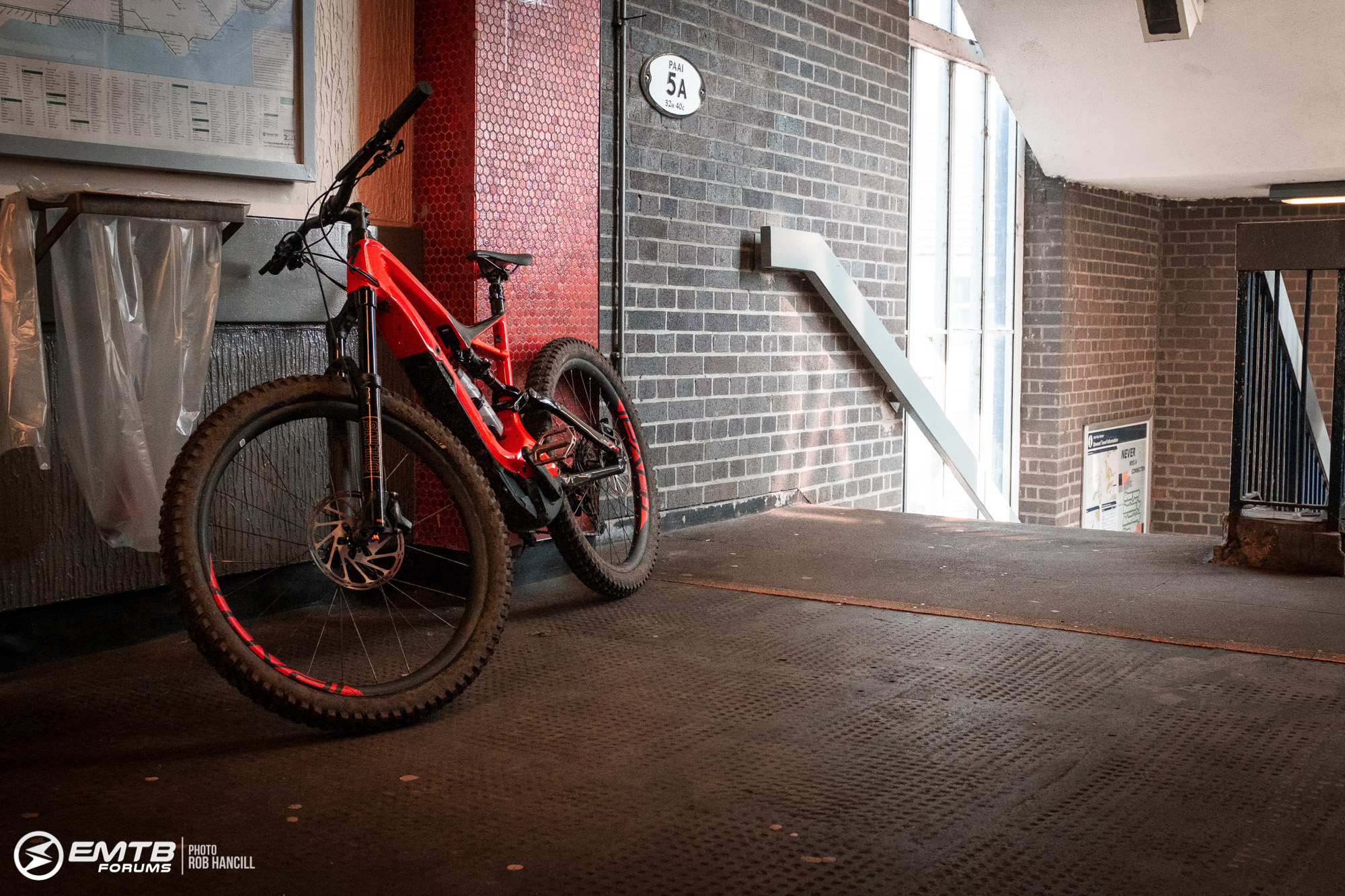 That’s part of the thing about cycling that appeals to me. Getting outside. Forgetting emails, social networks, technology and the internet. Forgetting work, de-stressing and having a mini adventure.

We had heard a train go past during the ride by so worked out that there was a possibility that we had a station nearby. As luck would have it I could see a station sign in the distance, so we pointed our bikes in that direction and cycled along the road until we reached the platform. Only 19 minutes until the next train that would take us within a mile of our house. Excellent.

The three carriage GWR train arrived and Georgina and I hauled our bikes onto the section that allowed bikes. We laughed about how muddy we both were and that our bikes were blocking up all of the carriage. The XL Levo is a bit of a lump to fit into a micro-sized train bike storage section, on a train that clearly the designers had never thought about chunky E-Bikes ever thinking of entering. 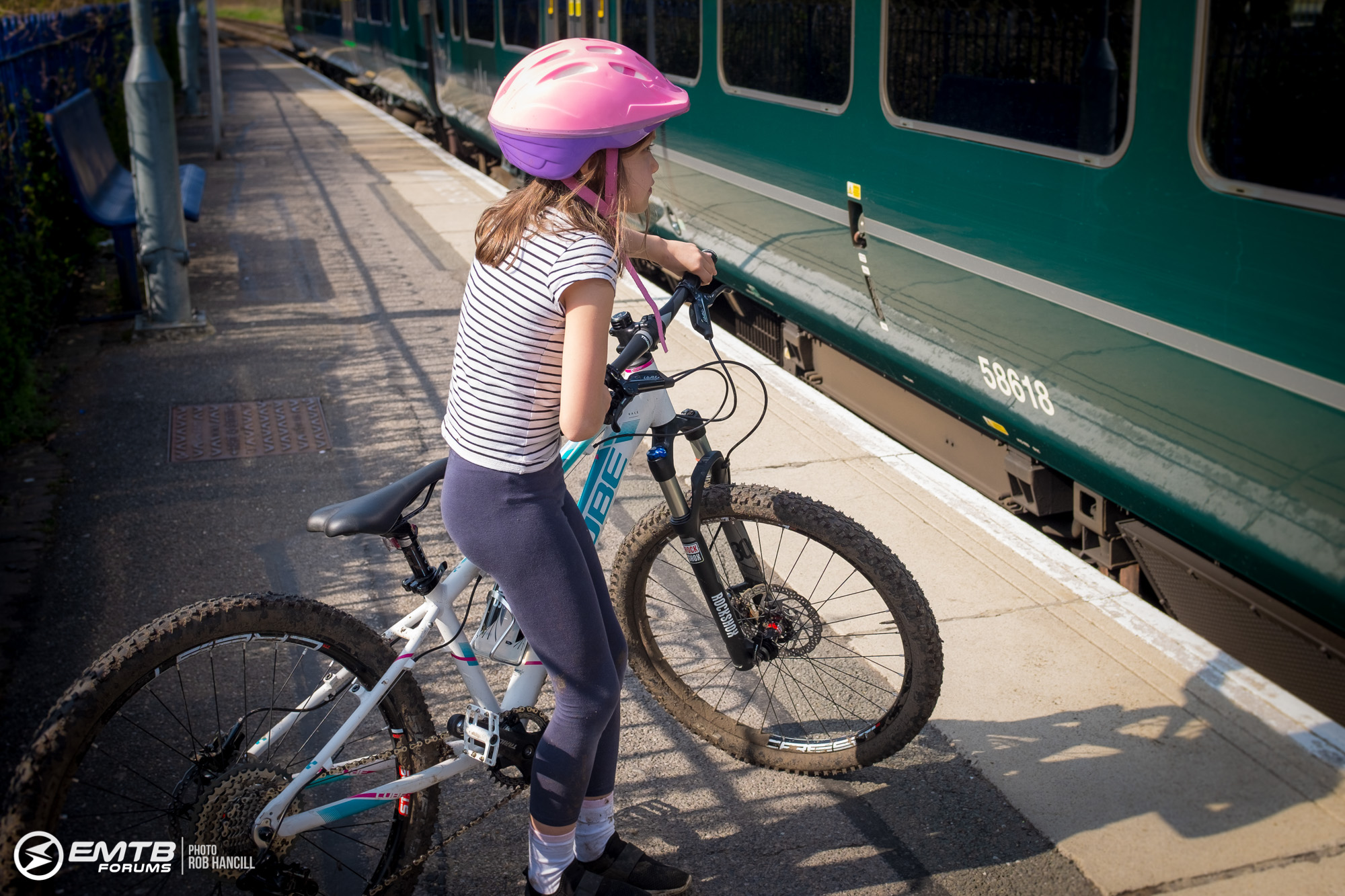 On the journey back I couldn’t help think that sometimes I over think getting out on my bike. I prepare so many things. My bike is dialled. Tyre pressure, check. Route navigation, check. Correct clothing, check. Correct grade sunglasses lenses for the weather, check. Today reminded me that none of that has to matter. Sometimes its great to just get outside. Go and explore. Get lost. Feel like you’re 8 years old again.

We finally got home, a few hours after our ride started. Although this was no all day epic it was excellent to spend time on a wonderful spring day just acting with spontaneity. Taking wherever the road takes us. Exploring and discovering something new, with my daughter. That makes me smile.