Already coasting on the positive vibes generated by the May 2018 launch of its highly-rated debut EMTB range, Spectral:ON, Canyon has today unveiled the next step in its plan for global e-bike domination, the Neuron:ON. In doing so, the company has added five new, lightweight and well equipped full-sussers to its EMTB portfolio, which now boasts 16 different models.Billed by Canyon as the ‘little brother’ to the Spectral:ON, the company’s new trail-focused EMTB will feature the same Shimano Steps E8000 system, but with new geometry that retains a performance edge and focuses on rider comfort. The set-up looks ideal for extended rides, which are now more viable with Canyon’s semi-integrated frame, allowing batteries to be swapped-out in just a few seconds.

As the baby Canyon EMTB, at least for now, the full fat 29er Neuron:ON range will be a more budget friendly alternative. The top of the range Neuron:ON 7.0 retails at £3899, for which you get the Fox Performance Float

DPS LV rear shock with a 130 mm Performance 34 Float at the front. Add a Fox Performance Transfer Post and XT all-round to the mix, and canyon may have just found a sweet spot here, especially with a weight of just 22.2 kg.

The Neuron:ON is also the first Canyon EMTB to dip below the £3000 mark, with both men’s and women’s version of the 5.0 model. For your £2999 outlay, you get the same frame and Shimano power train as the 7.0, with RockShox Deluxe R at the rear and a 130 mm Recon RL up front. Canyon have worked some magic on keeping weight down on its lowest-cost bikes too. The specs show us that a medium sized Neuron:ON 5.0 tips the scales at 22.7 kg, going gram for gram against several Spectral:ON bikes. 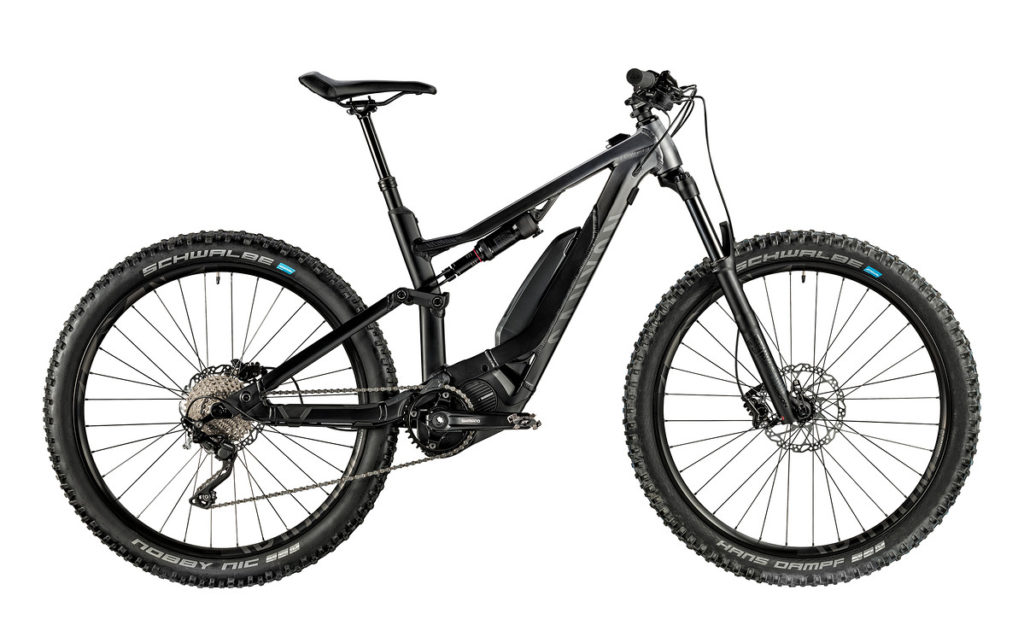 Full details for the entire Neuron:ON range can be found on the Canyon website.