The 2023 Orbea Rise gets a refresh - new batteries and motors 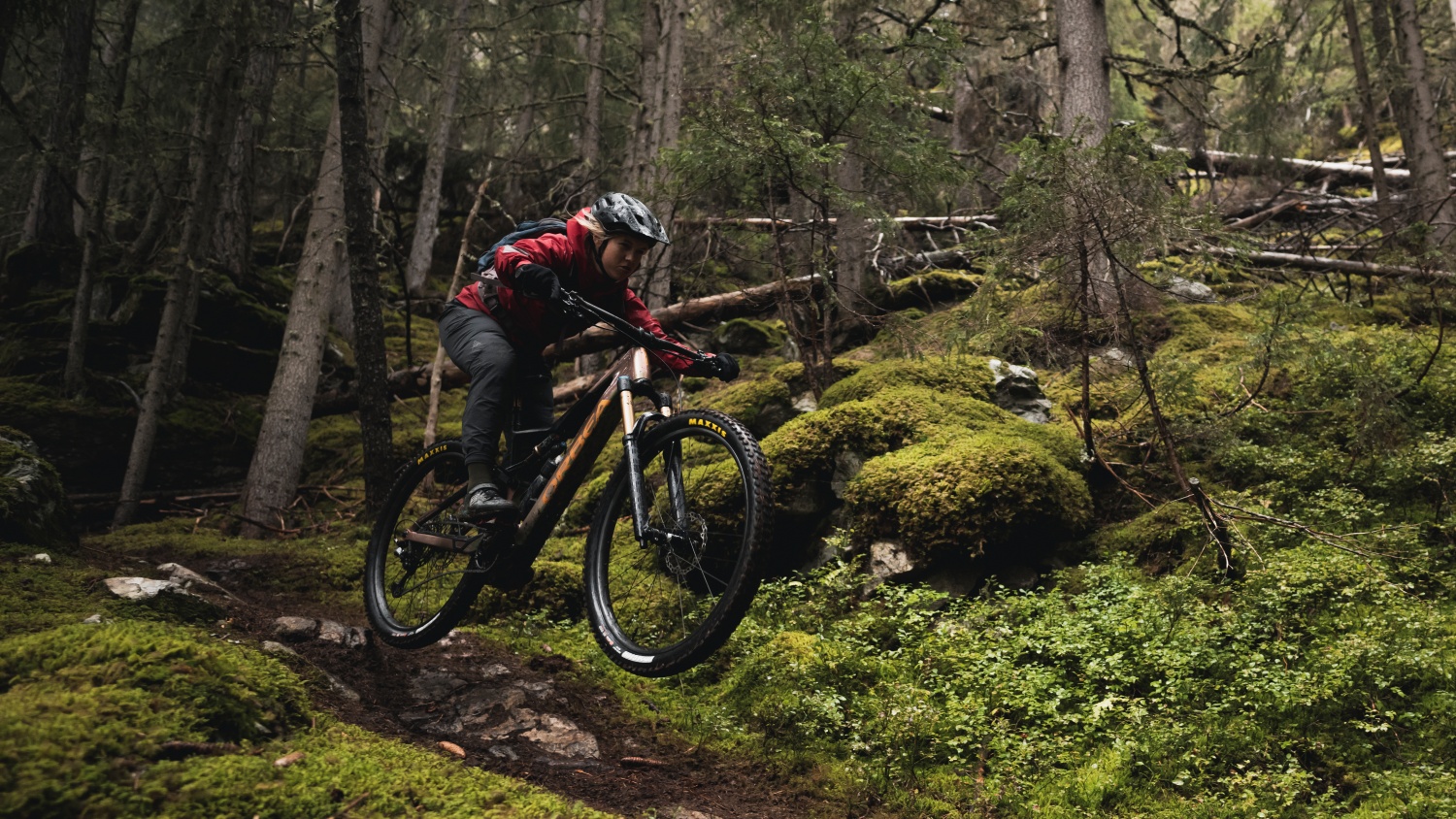 Weight
16kg and up

We rode the Orbea Rise M10 and H30 a lot for 2023. The H-series with the aluminium frame was new for the 2022 season, and it got some upgrades over the older carbon M-series. Watch our videos to see what's changed, or keep reading below.

The aluminium frame bikes came with the bigger 540Wh battery, and many owners of the carbon version wanted to fit this battery. That turned out to be impossible, at least up until now. For 2023, the cabron bikes are still sold with a 360Wh battery, but they can be ordered with the 540Wh battery. We still think the smaller 360Wh battery is interesting, it's been updated and now weighs 1.900g. That's 300g less than last year. 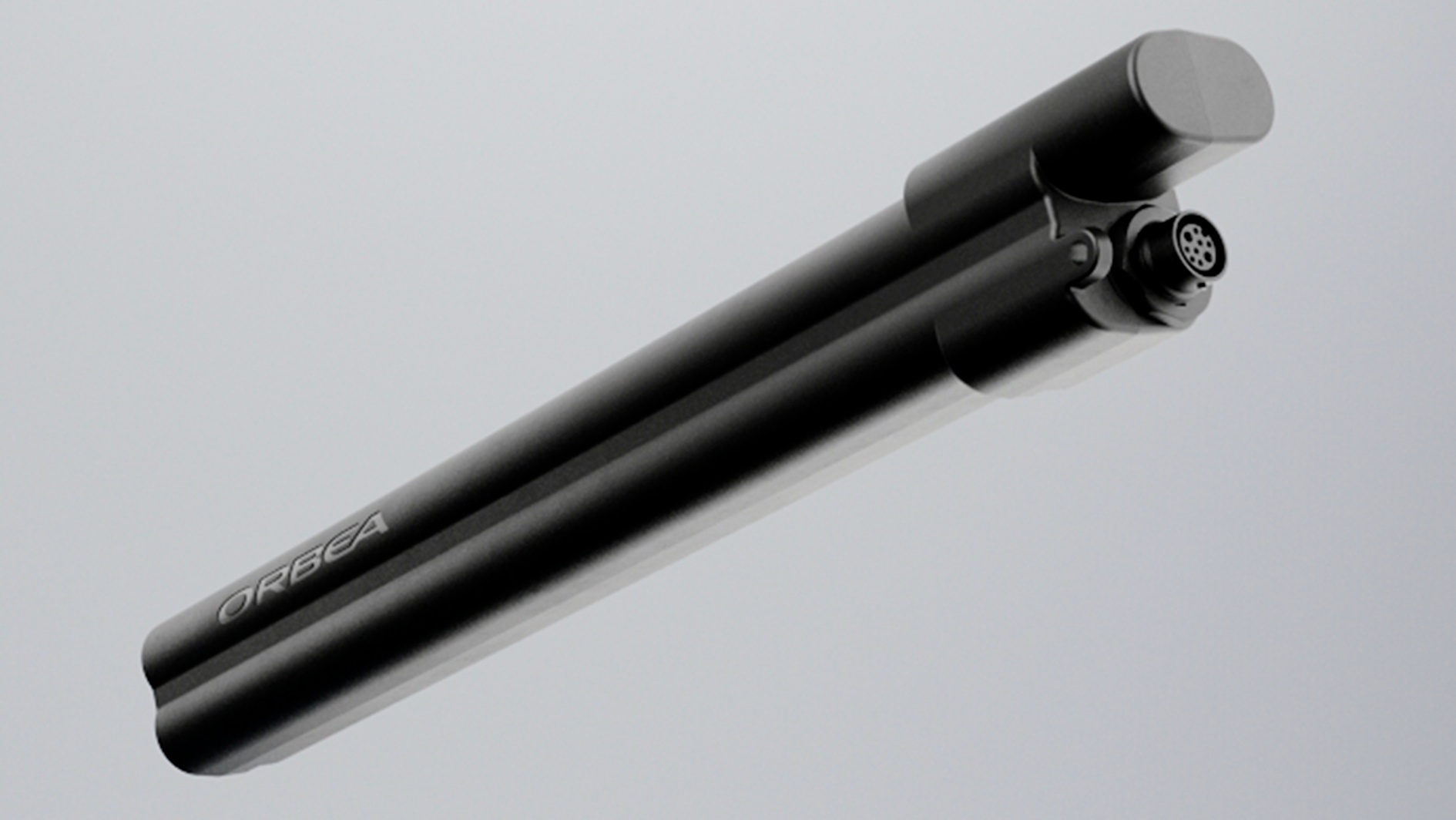 We found it a bit difficult opening and closing the old charge port cover. The aluminium frame showed up with a cover that was much easier to operate. For 2023, this is found on all models. 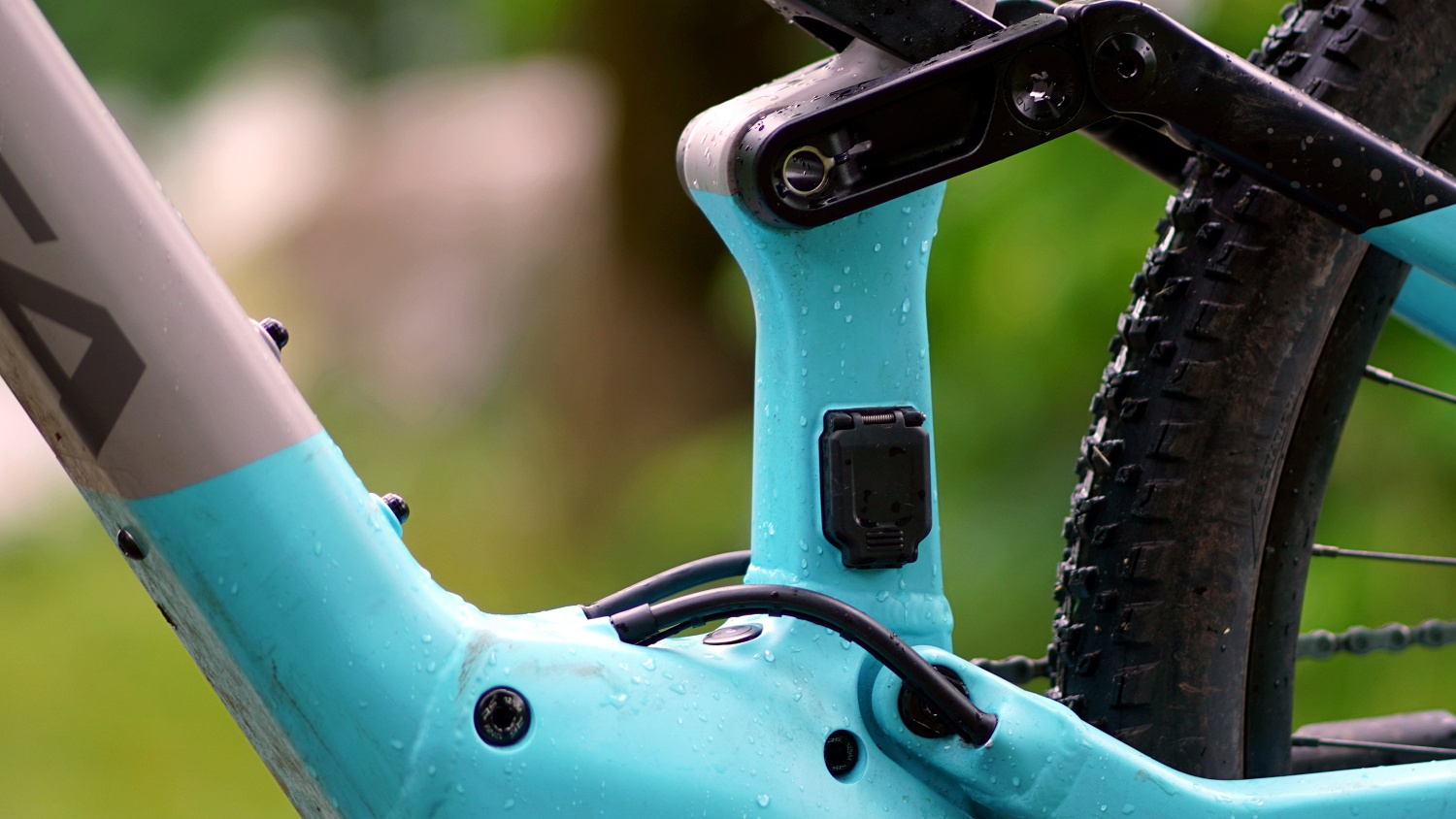 The charge port cover is now much easier to operate on the carbon bikes.

Last year, only the two cheapest models came with a display. The rest of the bikes got the EW-EN100, a small lump that attaches to the brake hose. We usually never miss a display, but ti's different with the lightweight emtbs with smaller batteries. 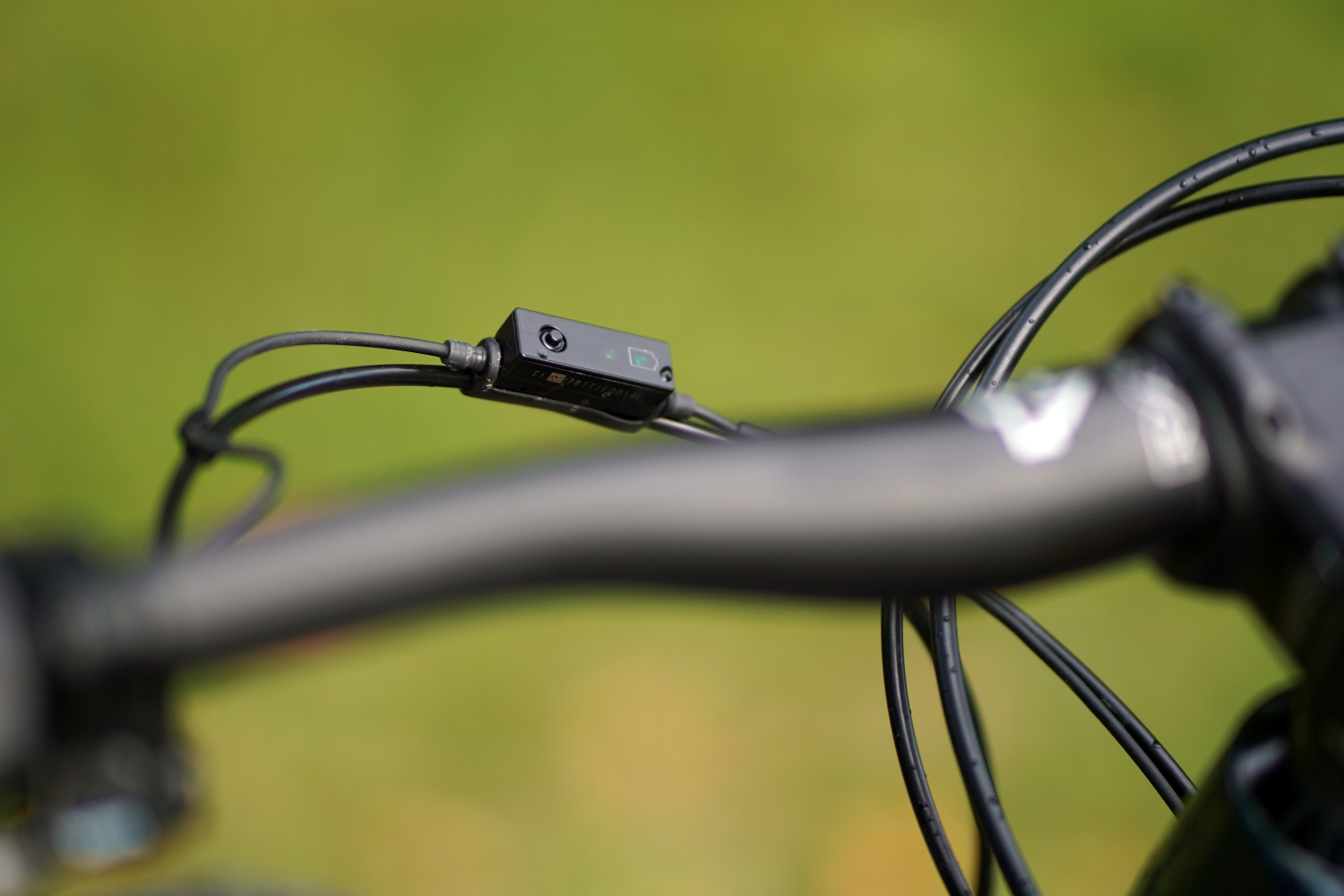 The EW-EN100 has just two small led lights, one for indicating motor assistance, the other shows remaining battery. The indicator will change from a solid green light to a solid red at 20% charge. The lilght will start flashing when almost empty and the motor will enter limp-mode. It's not very helpful having an indicator that stays green untill the battery is almost depleted. We want to know how fast we're burning through the range on these small battery bikes. You really have to use a Garmin with this unit, it will display battery percentage. 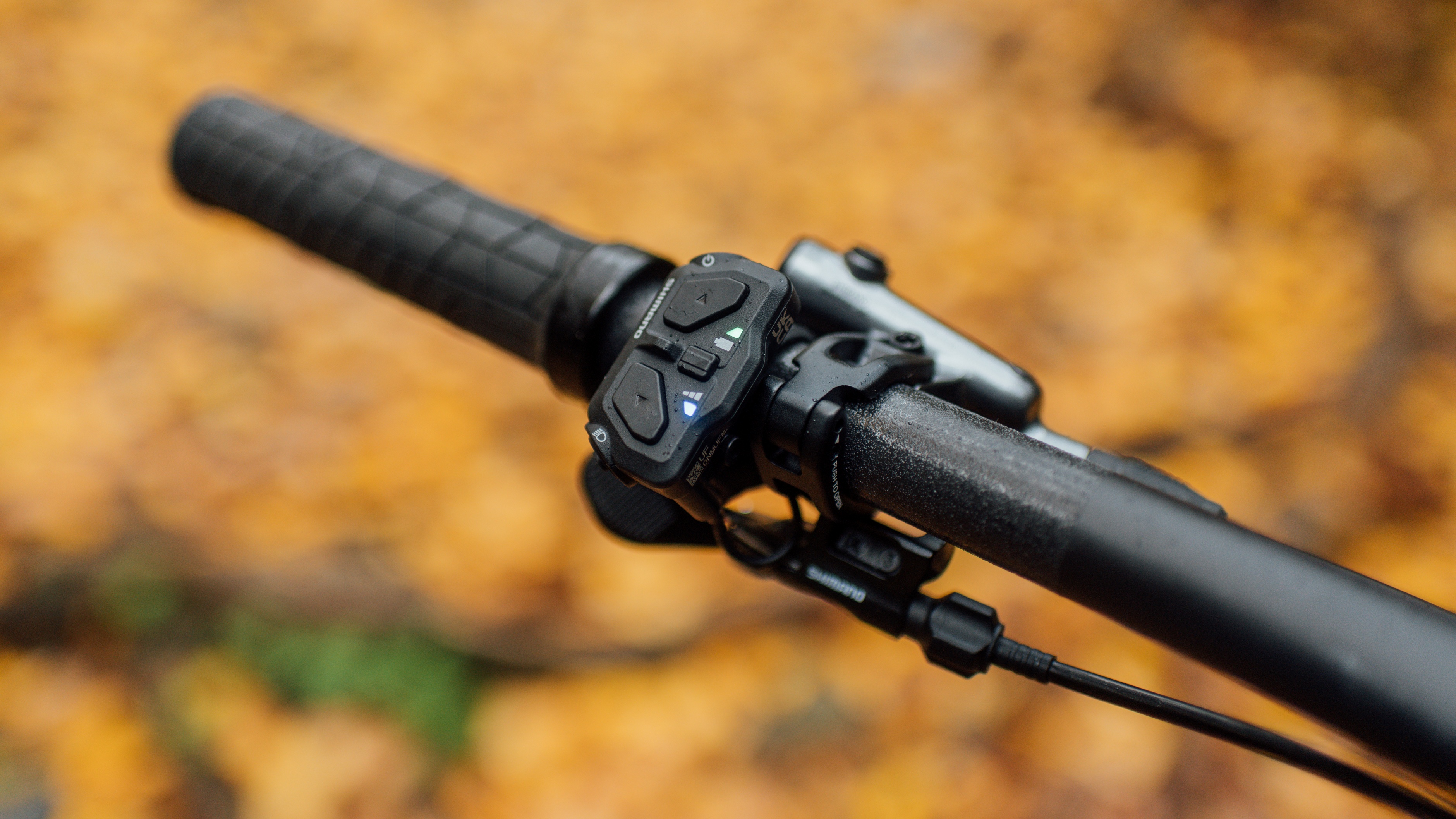 The new SW-EN600 handlebar remote is a nice upgrade.

For 2023, all models come with the new SW-EN600 handlebar remote. This is a new remote that replaces th old EW-EN100. This remote indicates remaining battery in 4 levels. This is a noticeable improvement, now the green light starts flashing at 50% charge. Still not very good, but an improvement. The two cheaper models can be ordered with a display, the new and very nice SC-EN600. This offers 10 bars of battery indication, twice as many as the old Shimano displays. For some reason, the more expensive Rise models aren't listed with this option. 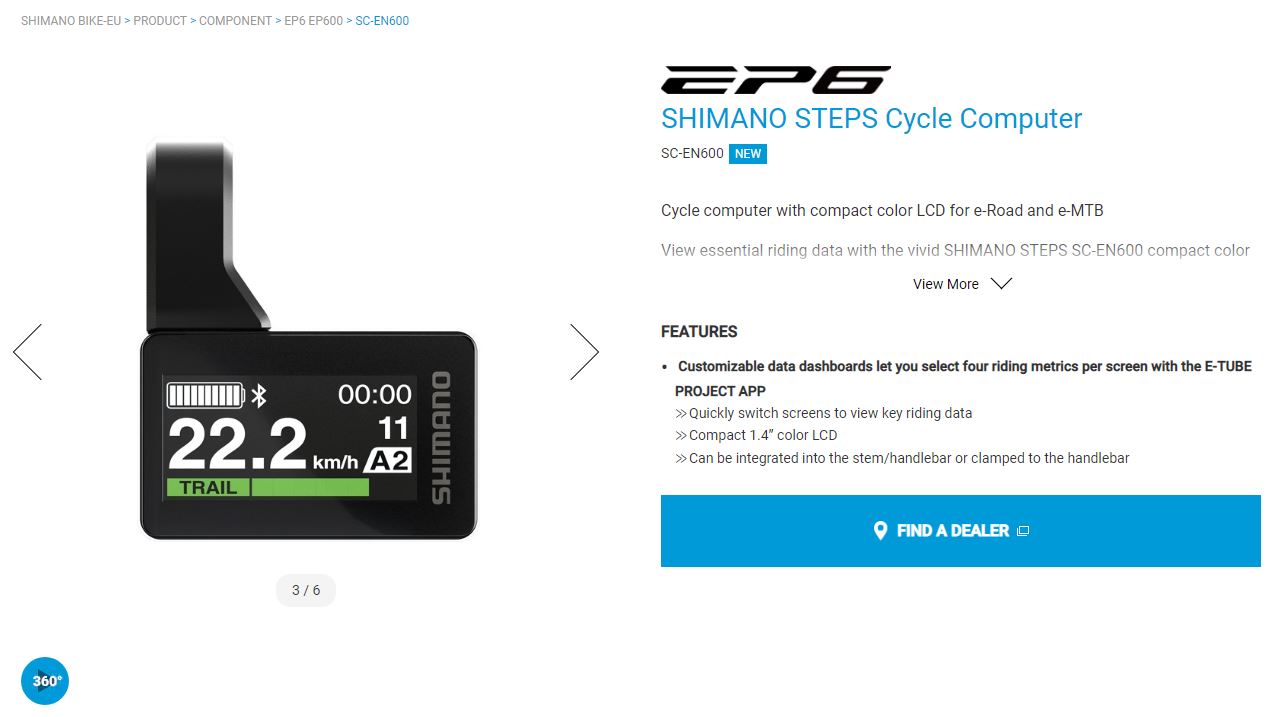 The SC-EN600 could be the nicest display Shimano have ever made.

It's worth noting the frame geometry seems unchanged for 2023. The Orbea Rise does however come with the new Shimano motors. The two cheaper ones, the H20 and H30, gets the new Shimano EP6. Orbea are still using their own software to reduce max motor power to 60Nm, and they rename the motor to EP6-RS. This is a very interesting motor, it weighs about 3kg and it's cheaper. We expect it will perform the same as the old EP8-RS. 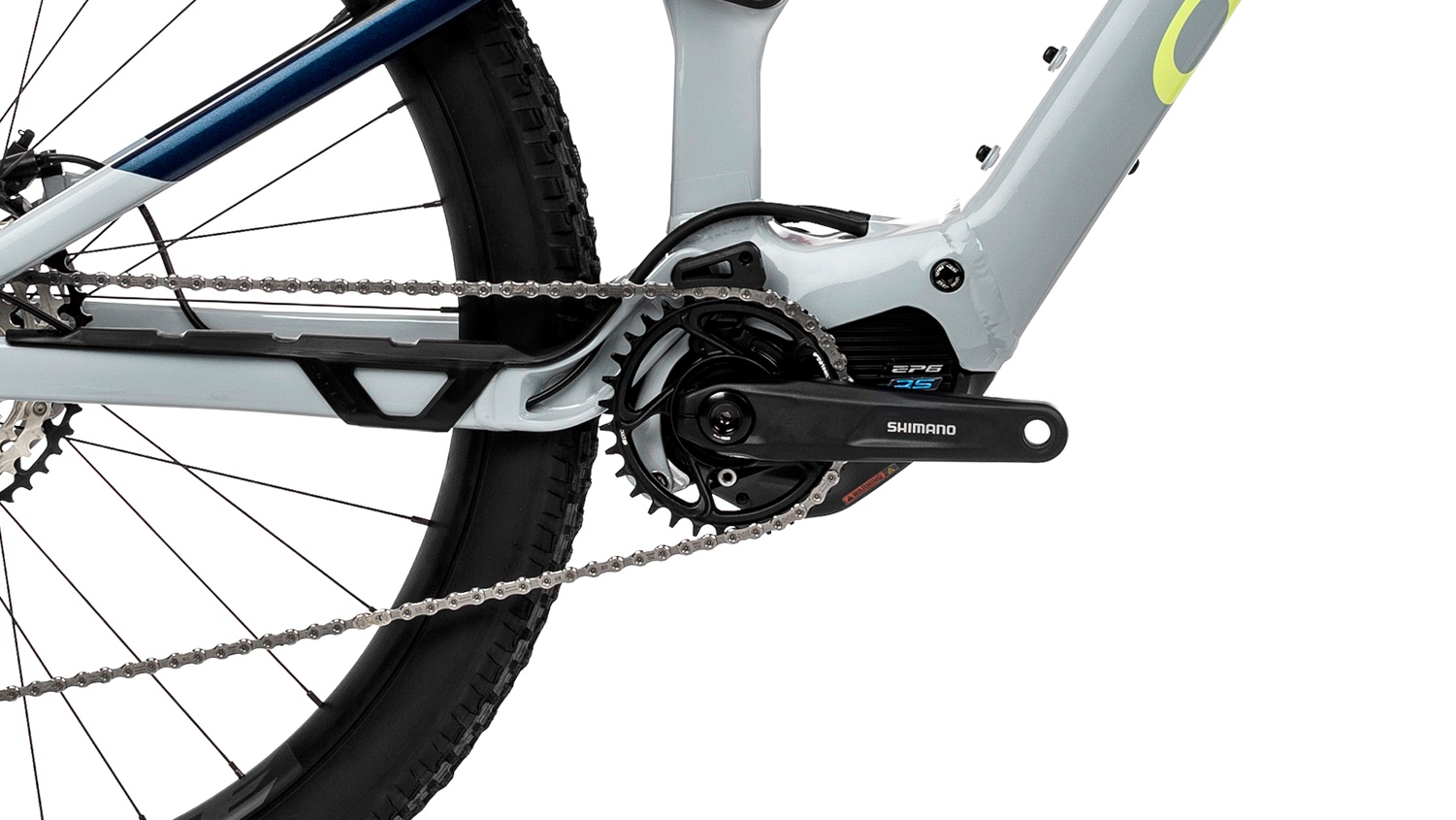 H10, the most expensive aluminium-bike and the carbon bikes all the new Shimano EP8 motor, also known as the EP801. This motor has a different powerdelivery compared to the old EP8. We expect it will have improved assistance at higher pedaling frequencies. Orbea does of cours reduce maximum motor poer and the motor will still be named EP8-RS. 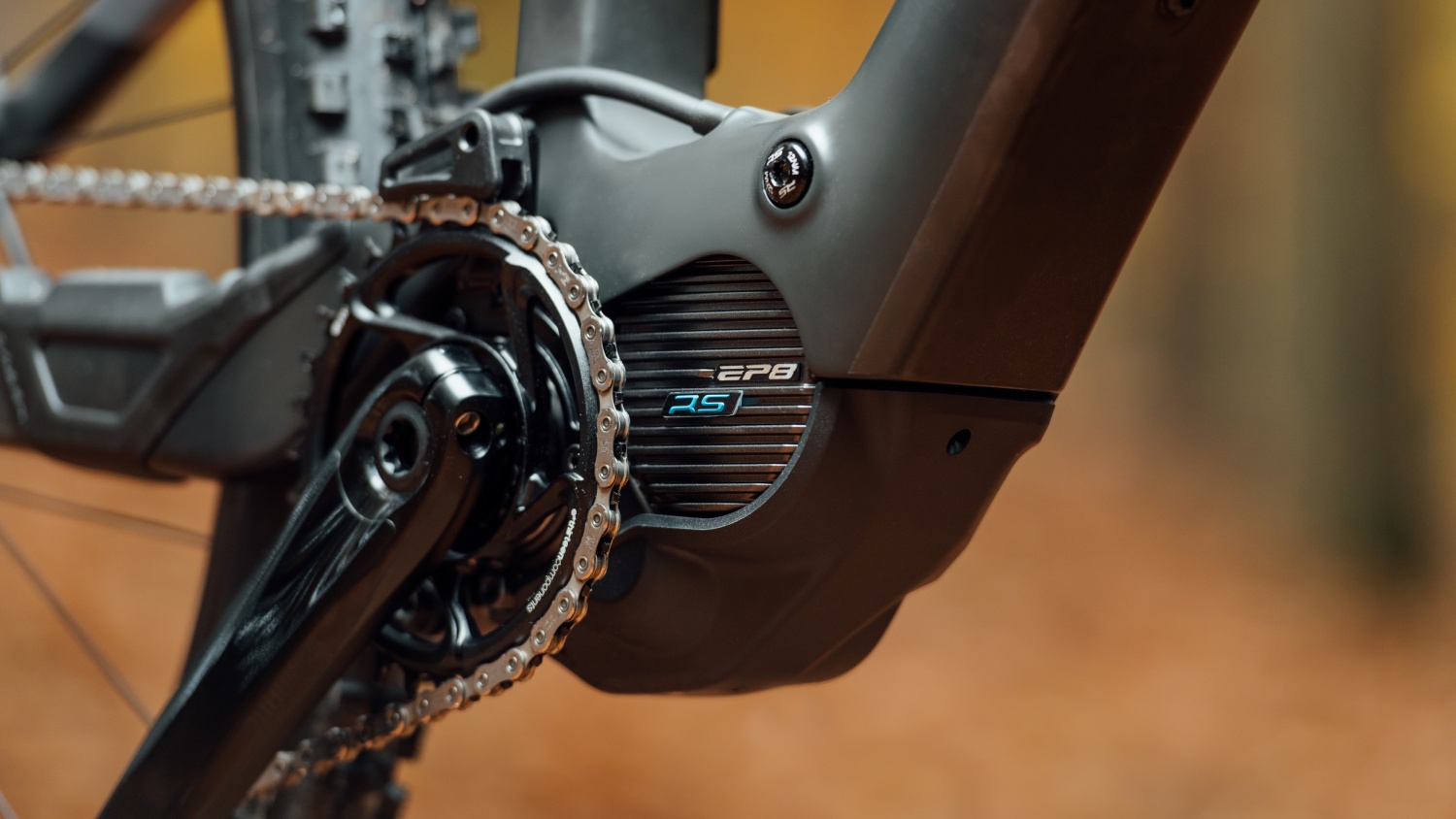 Unsurprisingly, the price increases for all all carbon models. Most bike manufacturers keep increasing the prices for 2023.

2023 Orbea Rise with an aluminium frame​

Thankfully, not all prices are increased, the H10 and H20 are cheaper for 2023! It makes the alu bikes even more interesting!

Orbea have improved most of what we had to complain about on the older bikes. And we're very happy to se some reduction in price, allthough it's linked to a downgrade in specs. Orbea ensures the Rise remains an interesting option in the world of lightweight emtbs!

Orbea really doing some good stuff, I think 2023 could be a bumper year for them, I’m certainly tempted.

Rubinstein said:
Orbea really doing some good stuff, I think 2023 could be a bumper year for them, I’m certainly tempted.
Click to expand...

The trouble is you're not getting them in a year.
Look great but not a massive difference from the 2022 models which are still available and great value with some massive discounts at the moment. Just picked up a new 2022 M10 at 20% off.
The M-TEAM is most interesting with 12speed di2 and freeshift cababilites
Good changes! However, they should have lengthened the reach by 10mm. or 15mm. The ETT is short. The Large feels a bit cramped and I'm always on a Large on practically any bike.
Top