Article Gallery
The Shimano EP8 is a 2.65kg and 85Nm motor that is used on many full power emtbs. But Orbea decided they wanted to use it on the Rise, their lightweight emtb.

The Orbea Rise was released with a 360Wh battery. I believe this motor can draw close to 20A of current, that’s the limit for this battery configuration. So, Orbea decided to detune the EP8 and add “-RS” to the name. It did of course not make the motor any lighter though. See our video review, or keep reading below.

The 60Nm EP8-RS is the biggest and heaviest motor found in the lightweight emtb category. About 700g heavier than the competition. That is significant, but there are some advantages too. Up until now, several brands have developed their own motor. Going with a detuned EP8 saves money on R&D. And chances are after-market care is better, there are many Shimano Service Centers around the world. 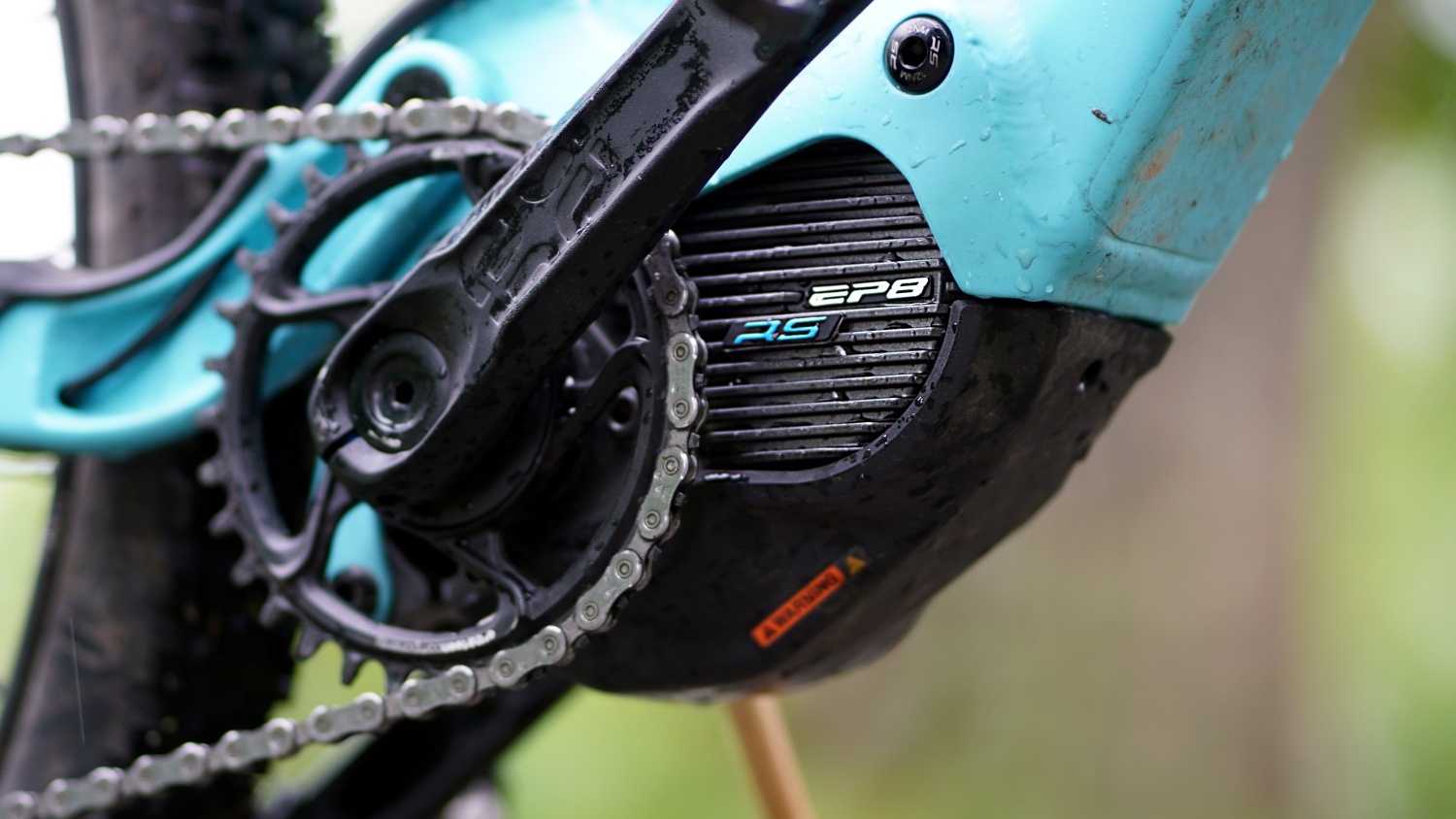 The Shimano EP8-RS is tuned to 60Nm max by Orbea

We’ve ridden lots of bikes with the EP8 motor, and the EP8-RS is very similar. According to the Norwegian distributor, only the torque has been altered. The motor behavior and 400% power amplification are the same.

The EP8-RS can be had with or without a display. We find the EP800 and E7000 displays are fine, but the battery bar could be more finely grained. We want at least 10 steps of resolution on a small battery bike. The motor can also be had without a display. The Shimano EW-EN100 is a tiny box with just two leds. I like the idea, but there is just 3 steps of battery indication. When the battery led alters for the fist time, there isn't much energy left. We want better control of battery charge on a bike with a small battery and quite powerful motor.


The E7000 handlebar remote is fine. It operates well and it's flush and compact. EP8-RS supports the Shimano E-Tube app, which is good. Here we can adjust motor power for each of the three assistance modes. There are two profiles, effectively doubling the ammount of assistance modes. But if you've got a bike with no display, you have to log on with the app to alter between them. Which isn't something we want to do very often. 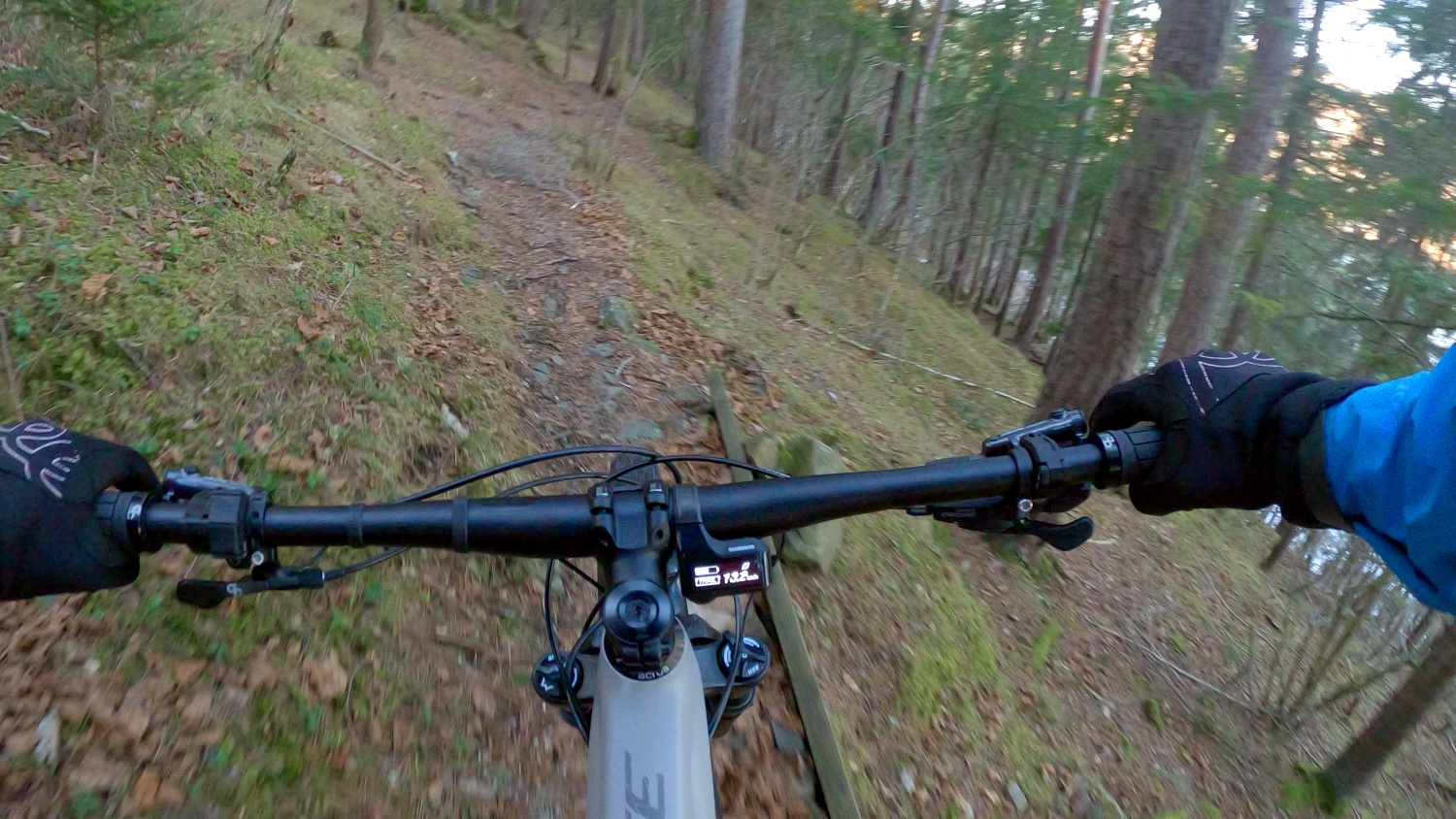 The E7000 display is available on some Rise models.

The EP8-RS feels very generous with the power. Riding the Orbea Rise uphill can be very relaxing. The motor feels powerful when pedaling at a cadence of 50-60. It’s not great for range of course, the motor is doing most of the work. It feels like an EP8. But if we try sprinting uphill, we notice the motor power is capped.

This works well for me. Riding a mild and lightweight emtb isn’t about being fast uphill. It doesn’t matter if a climb is 2 min slower if I arrive at the top well rested for the descent. This feels like one of the most powerful motors available in the lightweight emtb category. And this is confirmed by the watt-data. 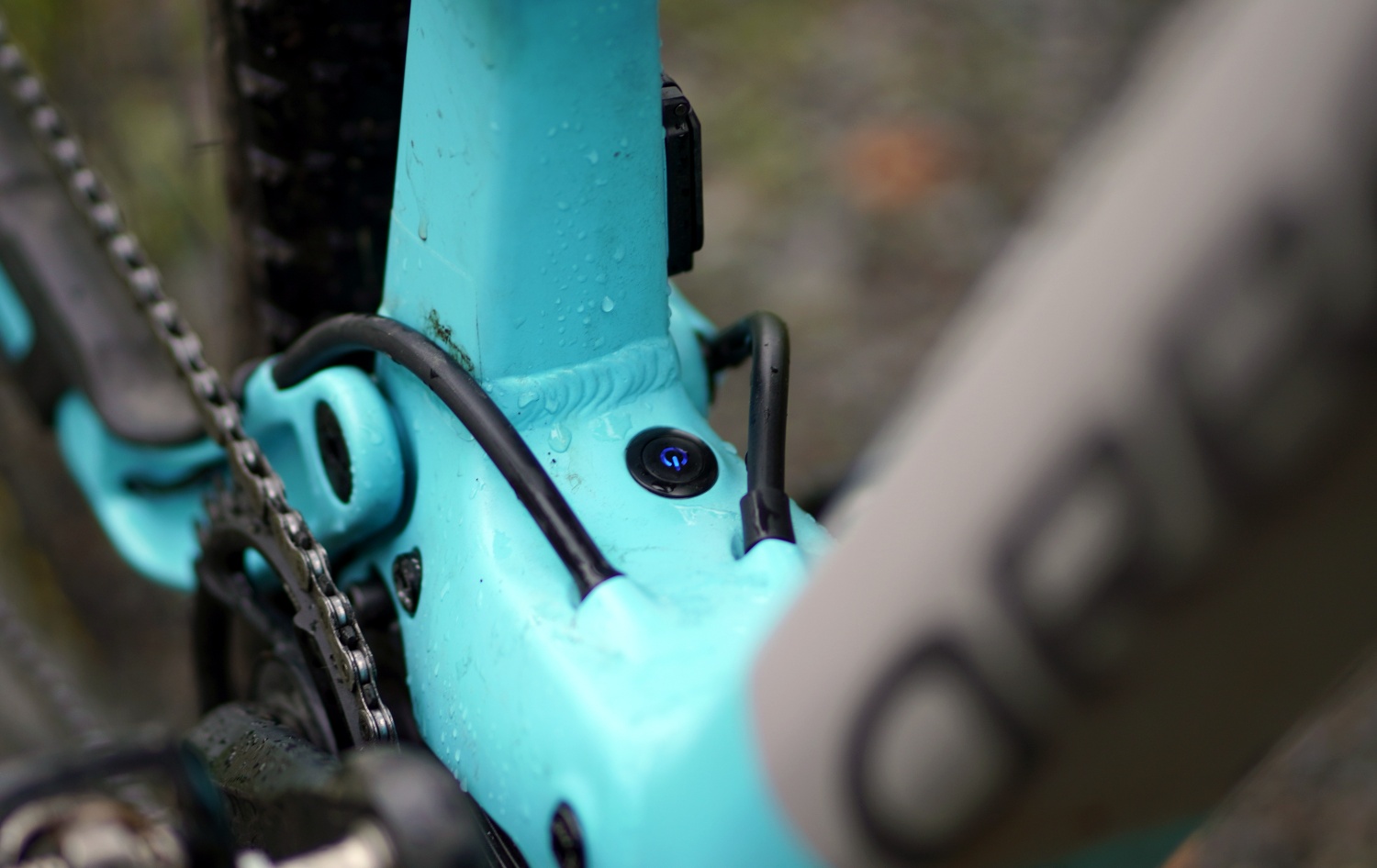 We used to ride two bikes uphill, side-by-side, in the same gear ratio to determine which was most powerful. Then we fitted power meter pedals. Now the same rider rides all bikes up a 120m long hill with sections at over 15% incline. All bikes ride the same speed, and we see which motor requires the least rider input. At lower cadence we test the power amplification, and at high cadence we test the motor power. Not a super precise test, but the data is consistent.

In the 60-cadence test, the EP8-RS is very close to the full-power Bosch Performance CX 85Nm. The RS-motor puts out a good amount of power at low cadence and it rides quite effortlessly. The Forestal EonDrive is another lightweight motor that is doing very well in this test.

The Bosch-motor improves in the 80-cadence test, leaving behind the EP8-RS. Still, the EP8-RS feels nice in this test too.

The 100-cadence test is the true test of how powerful these motors are. At 100rpm. The results could be different if we rode with high power input at lower cadence. Anyway, the 85Nm Bosch motor proves it’s the most powerful one. The EP8-RS and the EonDrive are both 60Nm max and perform about the same. 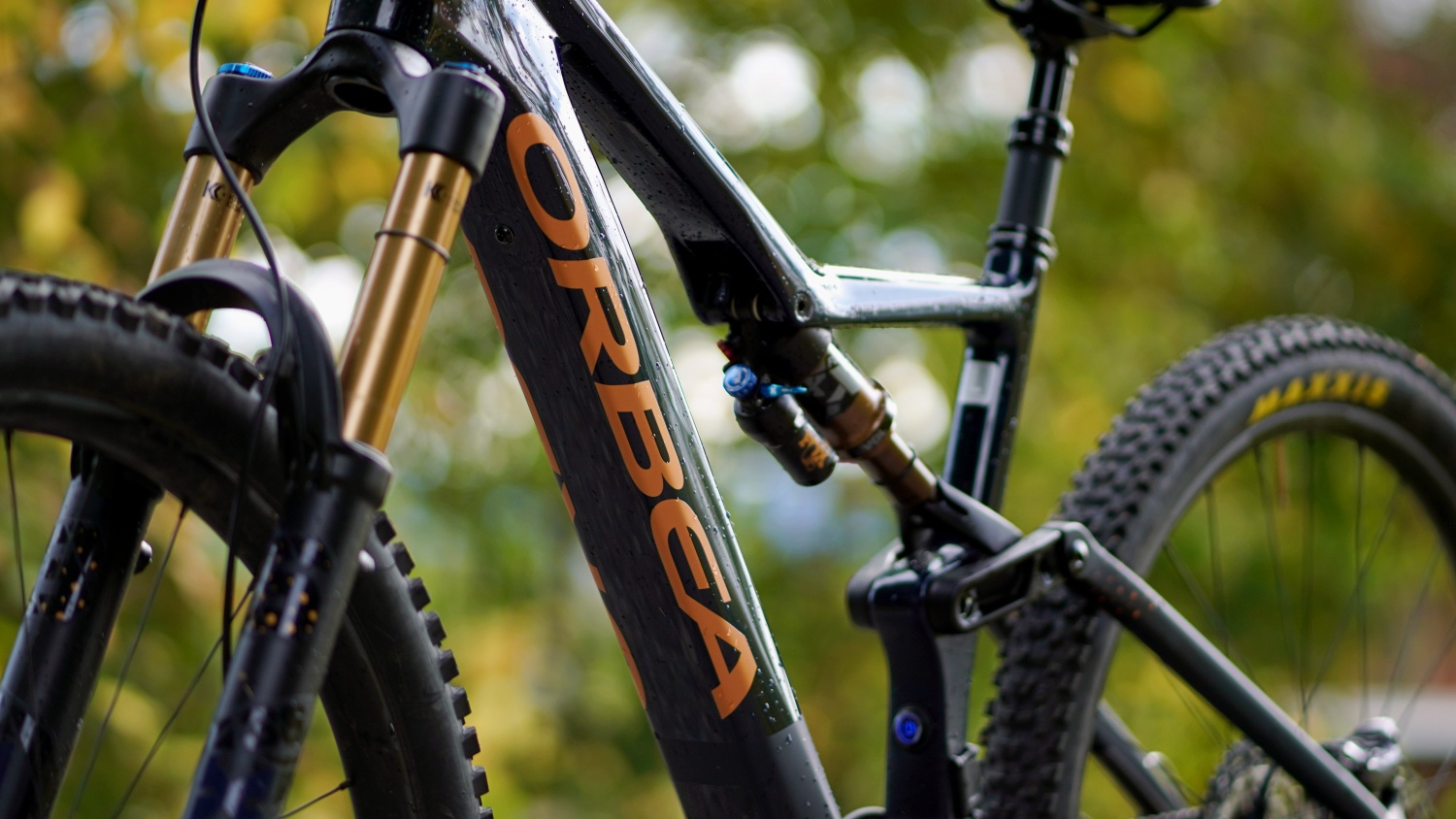 No opening for the battery, it's fixed inside the frame.

Power is nothing without control, I guess someone once said. And the EP8 always was very easy to handle. It could be ridden with maximum motor power in most conditions. But on wet rocks and roots, there was some control to be gained by dropping the motor power. The EP8-RS comes standard with dropped motor power, so one could argue it’s even better than the EP8 85Nm.

We do our usual synthetic tests, like standing still with one foot on the ground and pushing the pedal with the other foot. We only need to move the pedal ever so slightly before the motor activates. The motor activates carefully, there is no burst of power ramping up when we pedal carefully. This makes the motor easy to handle when trying to get going on technical cilmbs. 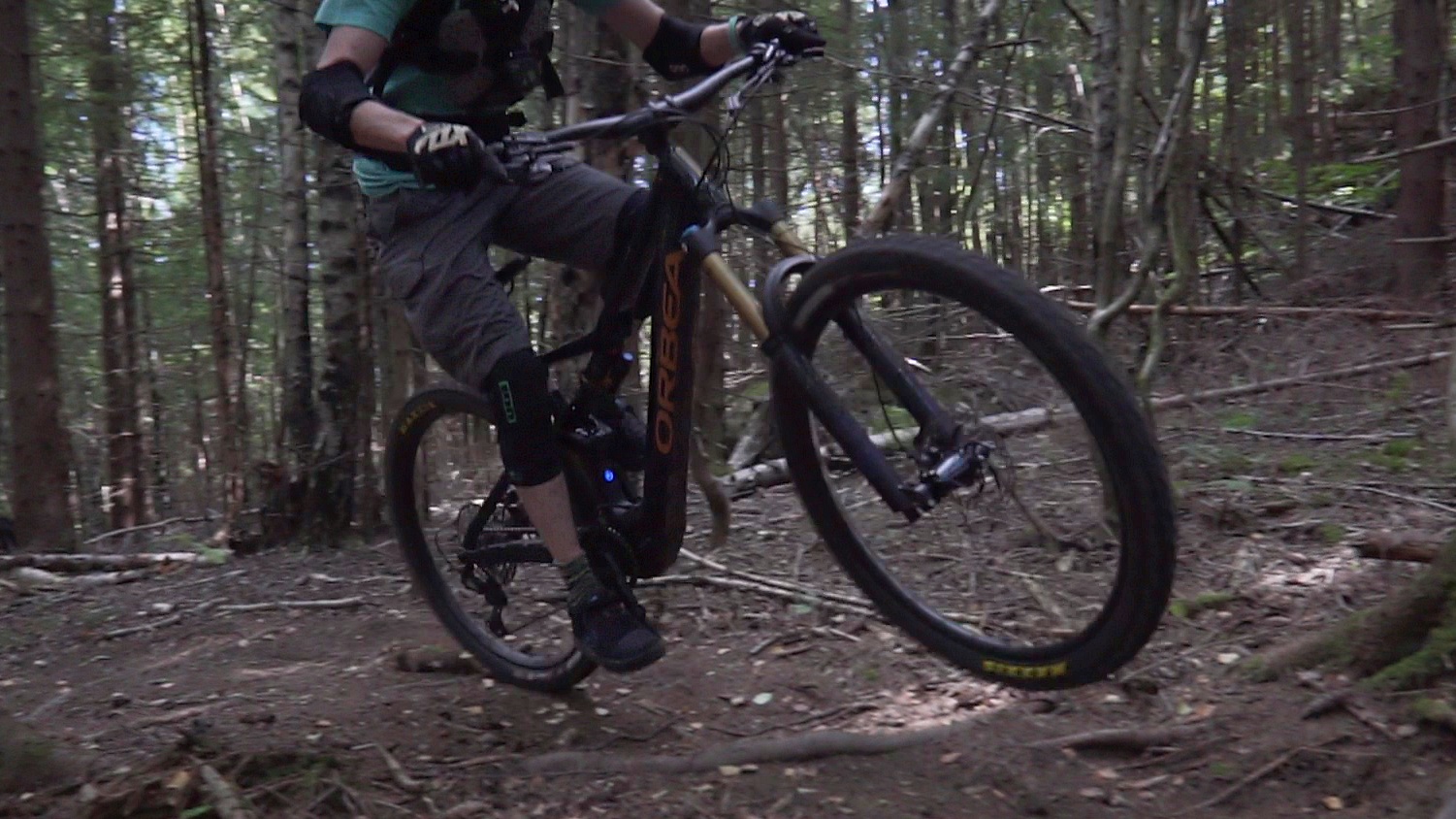 And when we take the foot of the pedal, the motor cuts right away. There is no motor overrun, making the motor easy to handle from a stand still. We can go through a sharp turn with the motor constantly activating and deactivating, and the motor won’t deliver any sudden bursts of power. It’s just very well behaved

Some prefer a bit of overrun though. While we think it’s a disadvantage at low speed and start/stop, it can be an advantage when already carrying a bit of speed. When approaching an obstacle, we can stop pedaling briefly, to avoid a pedal strike. The motor will keep pushing, allowing us to clear the obstacle. The EP8-RS will cut the motor power, but it makes up for it to some extent by being so quick to activate again. 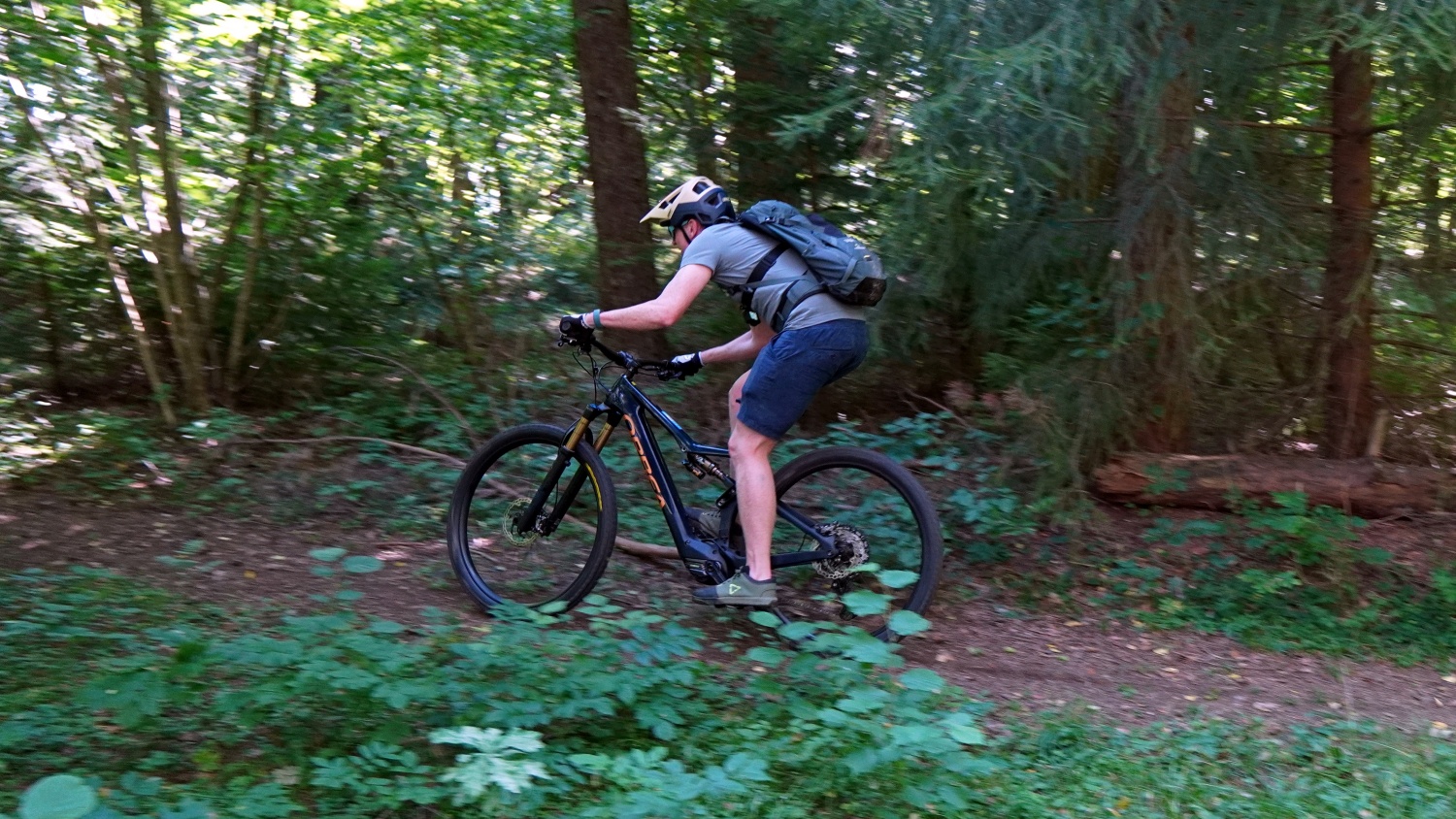 The EP8 is one of the more silent motors when pedaling. Sure, the motor can be heard, but it’s quieter than the Bosch Performance CX and the old Shimano E8000. That changes when you stop pedaling though. There is a clunking sound when coasting over rough trails. It’s the same on the Bosch Performance CX. It seems to be by design. There is resistance in these motors, so any feedback from the chain will make the motor internals hit each other with a clunking sound. Some don’t mind, some dislike it. 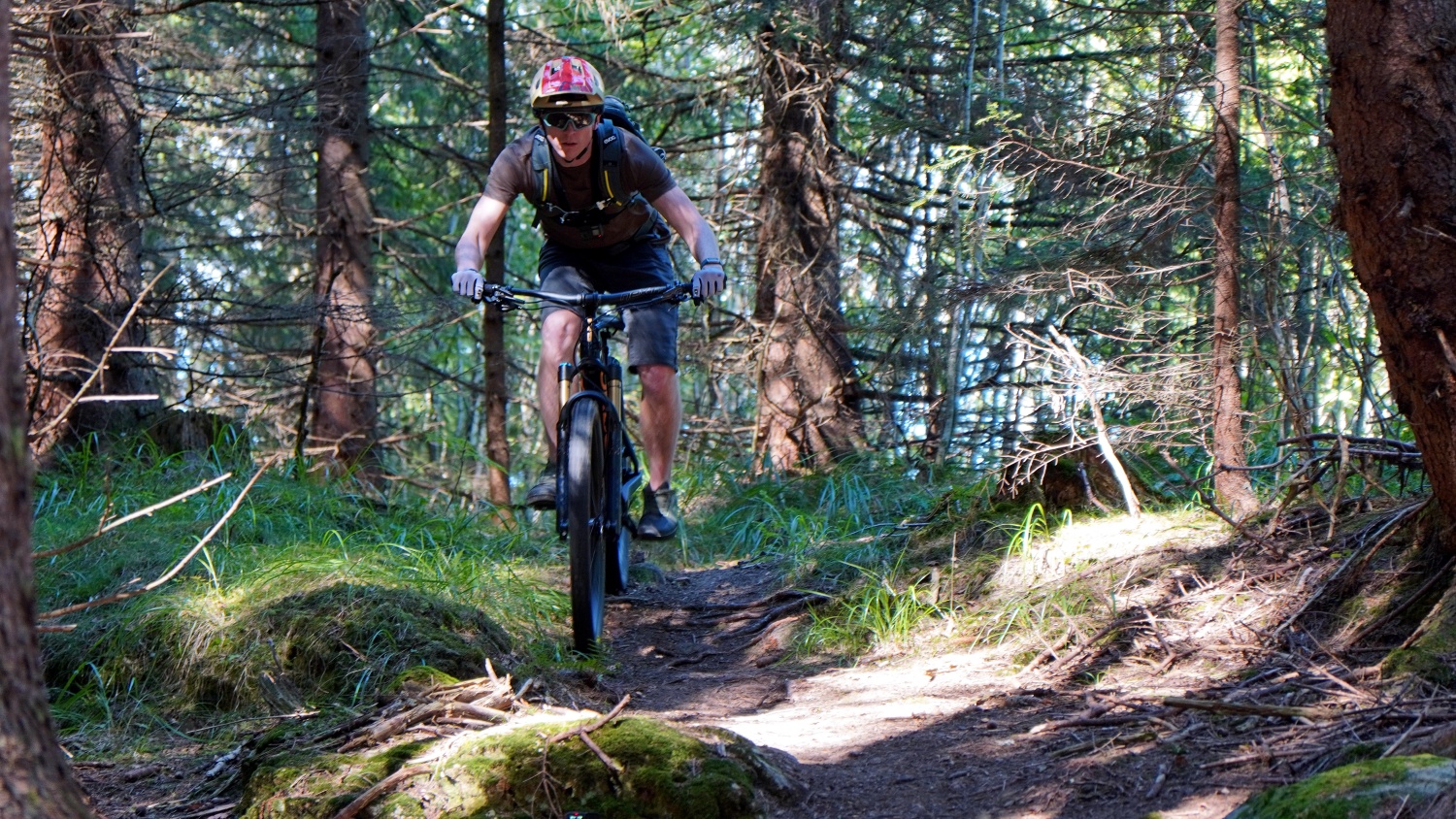 As with the EP8, there is motor rattle when descending

One could argue it’s nothing natural about having a motor push you uphill. And yeah, there are other motors that blends more seamlessly with our pedaling. Motors that don’t stick out, so you almost forget it’s there. But I don’t think that’s important to everyone. If you’re used to riding emtbs and enjoy the feel of the motor, then the EP8-RS is probably a motor you will enjoy. 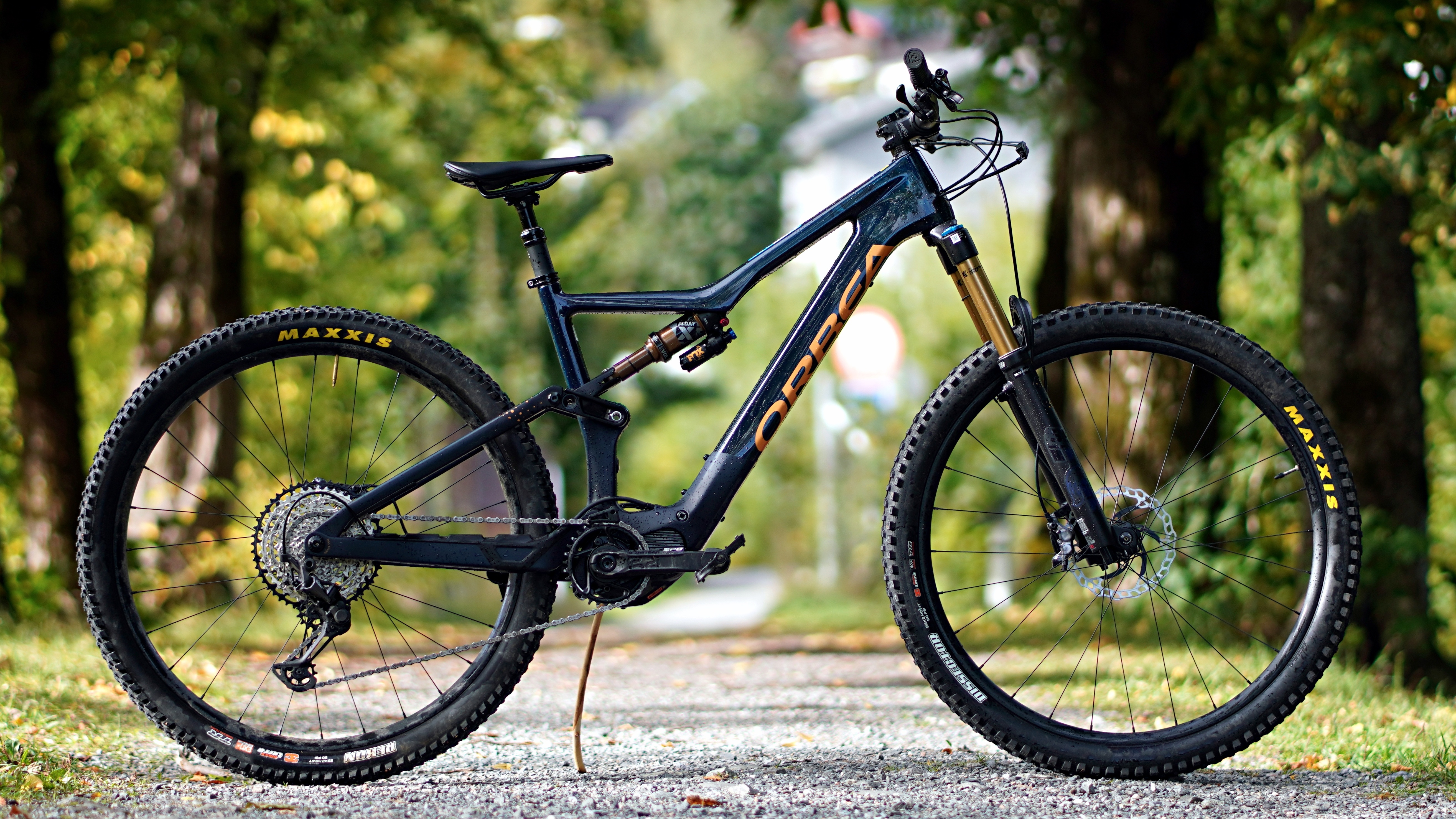 We find the motors for the lightweight emtbs are heading in two directions. Some motors are designed to be as natural as possible. Those motor rewards those who put in some effort. Then there are motors like the EP8-RS, that can be quite powerful with less rider effort. You’re not giving up too much of the emtb feel, while still riding a sub 20kg bike. But it makes sense dropping the assistance a bit, to get good range from those small batteries. This makes the motor more anonymous; the power blends nicely with your pedaling.

The relatively big EP8-RS isn’t bling or fancy. There aren’t any OLED color displays or fancy remotes. It’s a surprisingly powerful workhorse with probably the best service network out there.
Reactions: chrismechmaster, Tonybro, hilbil-E-bikr and 6 others
About author

Motor hold also be more reliable ...
should
We have three Shimano motors on my and my wife's bikes: E8000 (70nm), EP8 (85nm), EP8RS (60nm). The RS on the Rise is the most natural feeling to me with the others being a bit too obvious in their power delivery.

I tried a Trek of about 2019 vintage with a Bosch motor and it was extremely powerful but also extremely unnatural in feeling and power delivery. I didn't like it at all.

But we're all different and you at least have a choice with all these motors and manufacturers!

soooo the trek tq motor basically cant pull the skin off a rice pudding.
What power level were the climb tests done on? I assume max on all bikes?

LeeS69 said:
What power level were the climb tests done on? I assume max on all bikes?
Click to expand...

We test the motors in different assistance levels. But a lot of the testing is done with everything set to max in the app. If a motor is easy to control in on the trails in max, it's well programmed. But we reduce power to see how/if behaviour improves.

If we test range, that's done using all assistance modes as we see fit.
Top