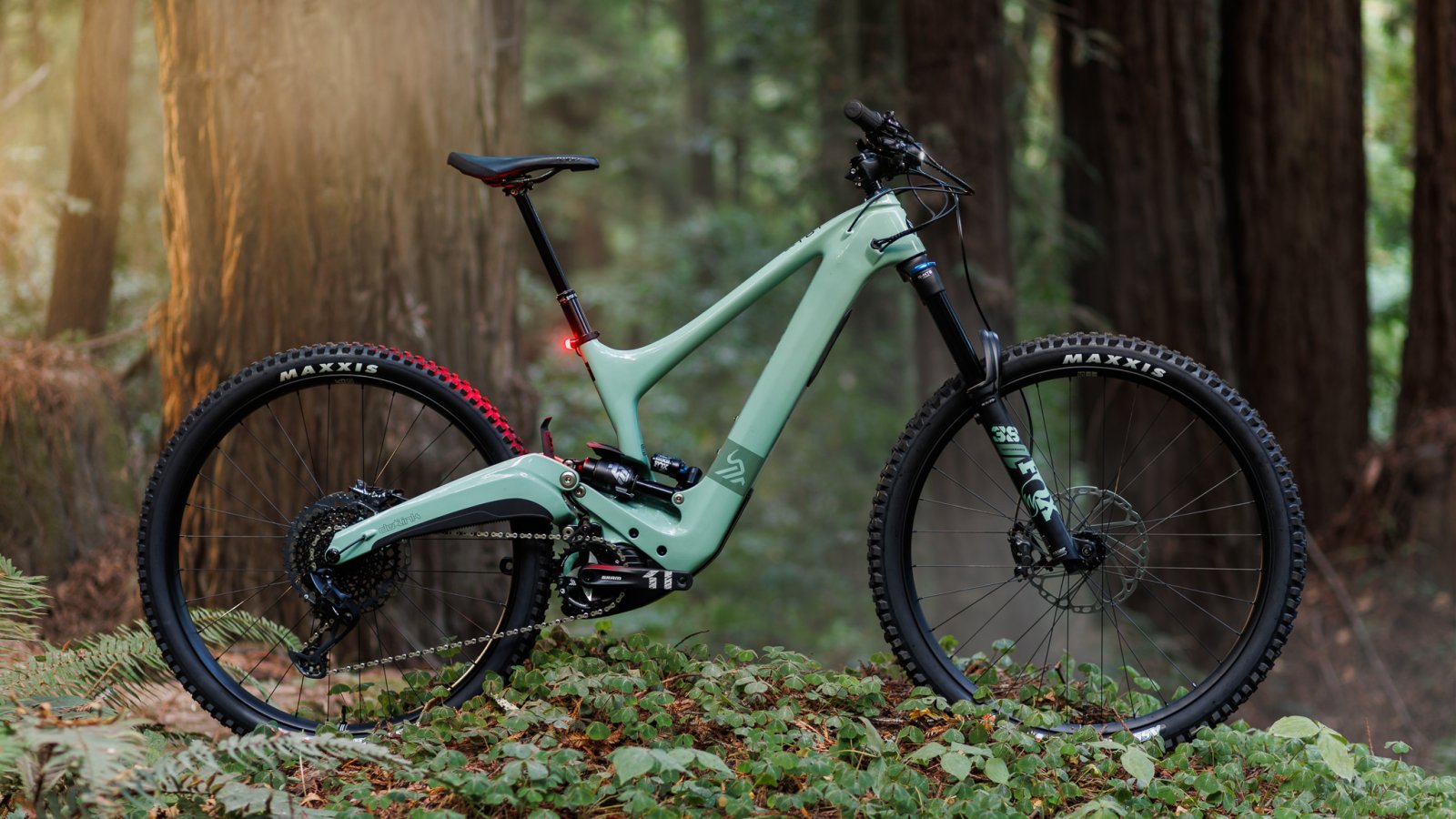 Had you given up and thought Ibis would never release an emtb? Well, they would, the Ibis Oso is here. This 155/170mm travel bike comes in at U$ 10.999. Photos of the bike have already been leaked online. And the rumor mill picked up after Zakka took a 12th place in the Finale Ligure E-EWS running what could only be this bike. Reading comments online, I saw a few complaints about the looks. 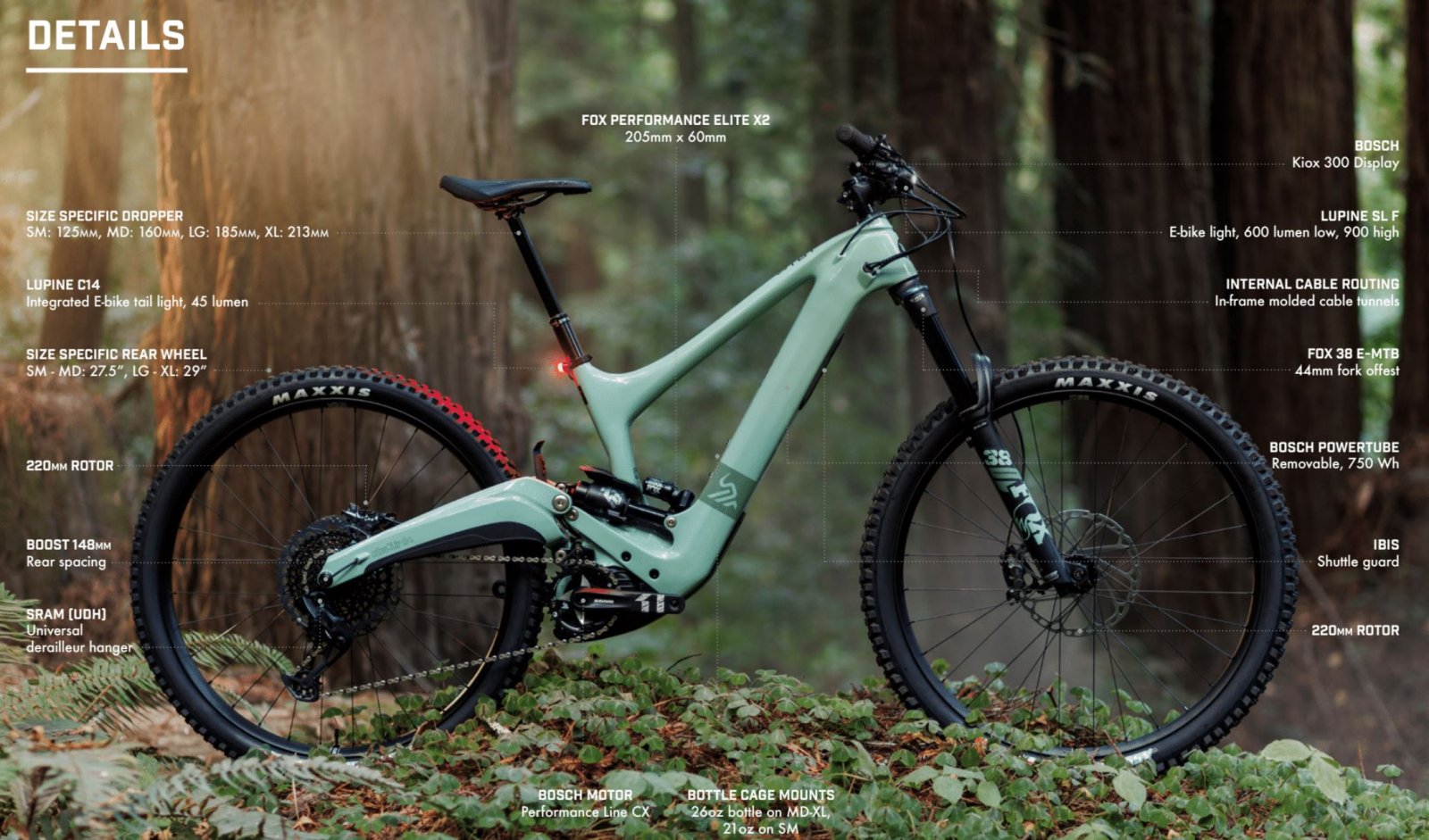 My tastes may have been shaped by only focusing on emtbs for the last few years. But I think it looks very good! Frame tubes are supposed to be chunky. And I like the rear triangle that isn't a triangle because the chainstays are missing. I think the rear stays flows nicely into the main frame and continues up the downtube. Sure, it's one fat tube, but it's got a nice and clean look. And I like the sharp integration of the shock. Can I confess I prefer the looks of this bike over the Ibis Ripmo? 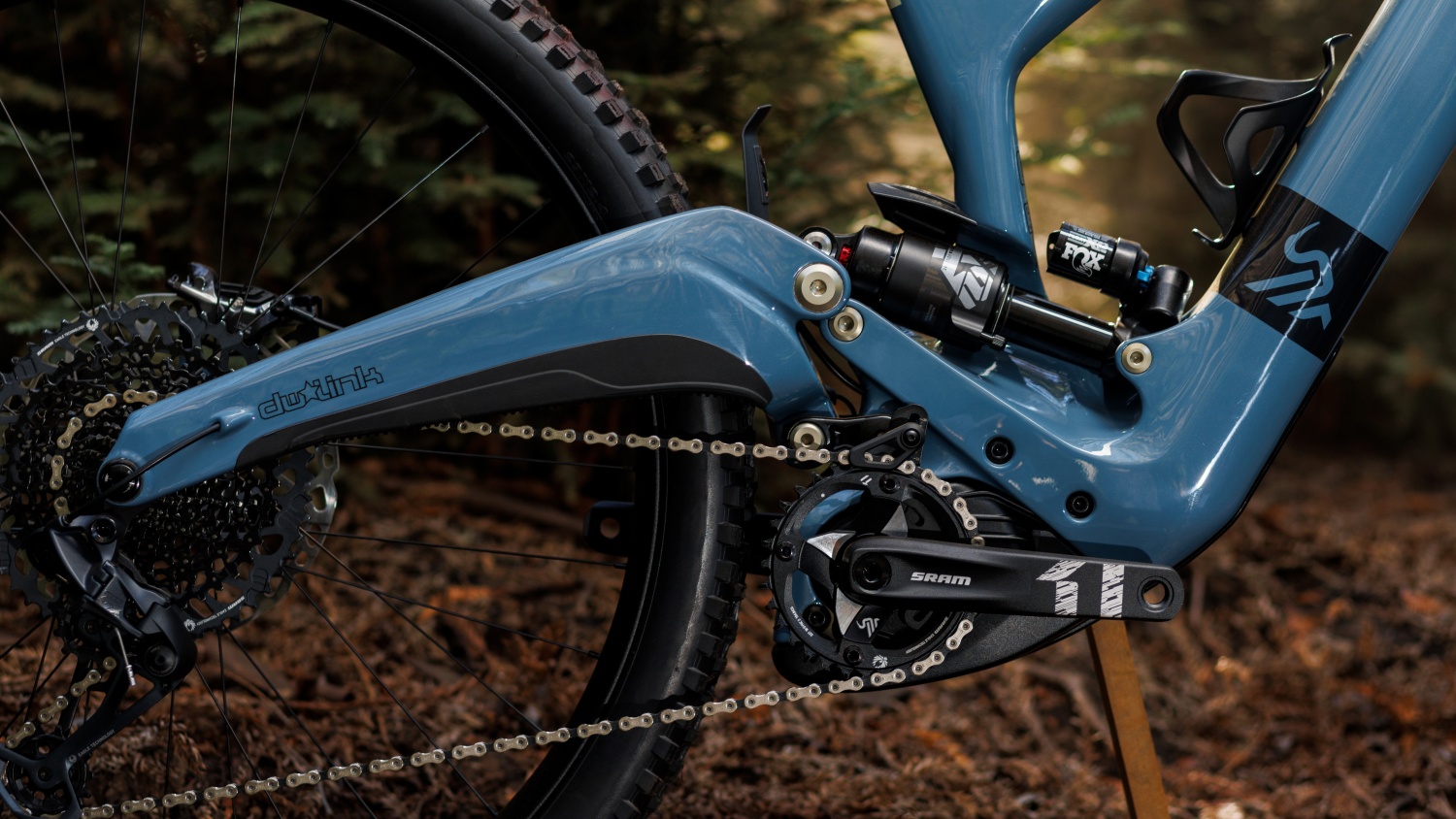 The Ibis Oso isn't a top-of-the-line bike with maxxed out specs. The cables for the 12-speed Sram GX drivetrain, combined with a Lupine 900 lumens head light makes the handlebar area a bit busy. So, no wireless shifting for the Oso, and that isn't a big surprise. Ibis usually isn't the most expensive "high-end" mtb brand. And I think the spec level makes perfect sense. 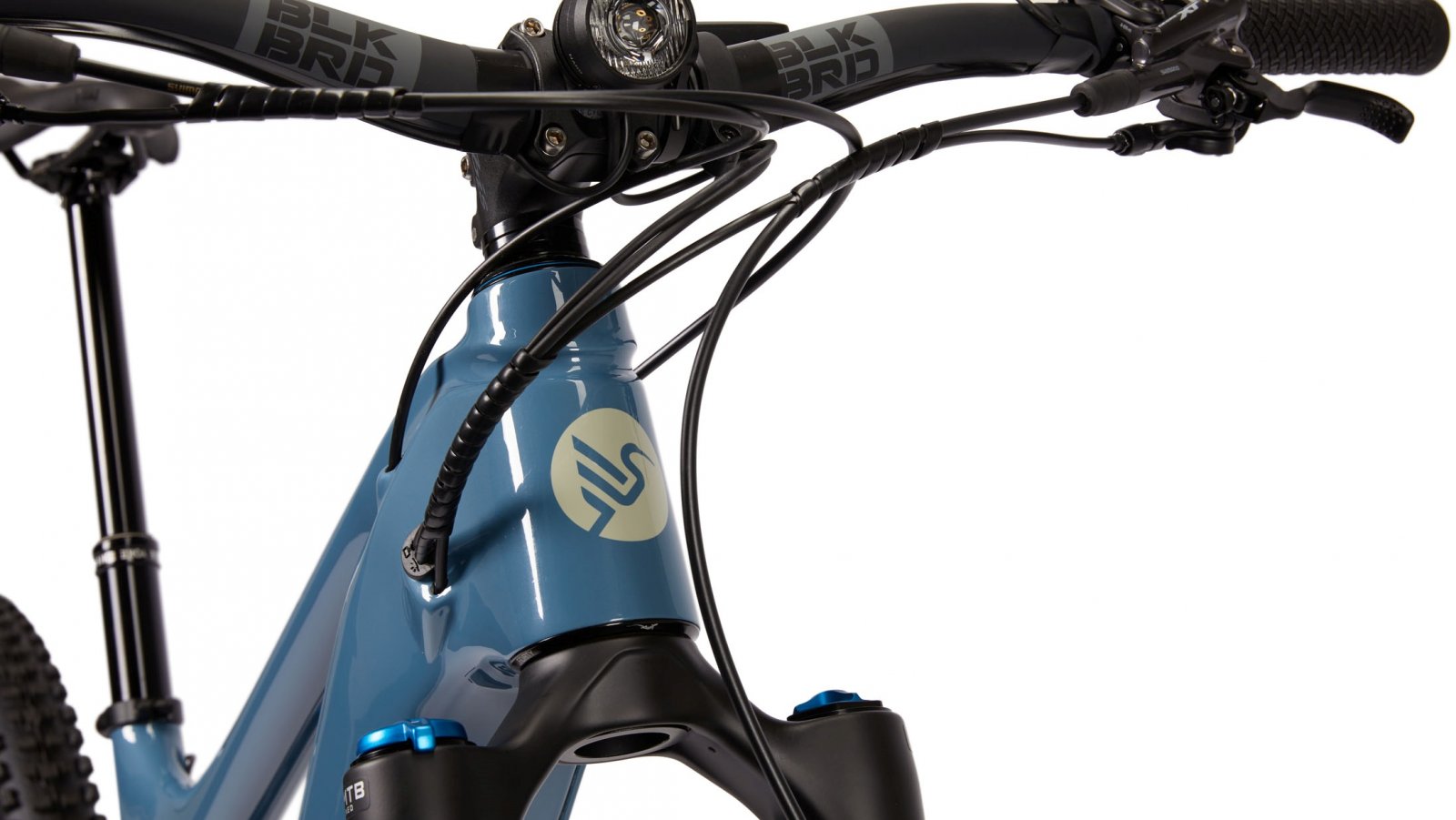 The Shimano XT dual caliper brakes, Fox 38 Performance fork and Fox Performance Elite X2 shock are all sensible and well performing kit. The Maxxis tires are the burly DoubleDown carcass version of the Dissector and Assegai. Oh, and there’s a rear light too. 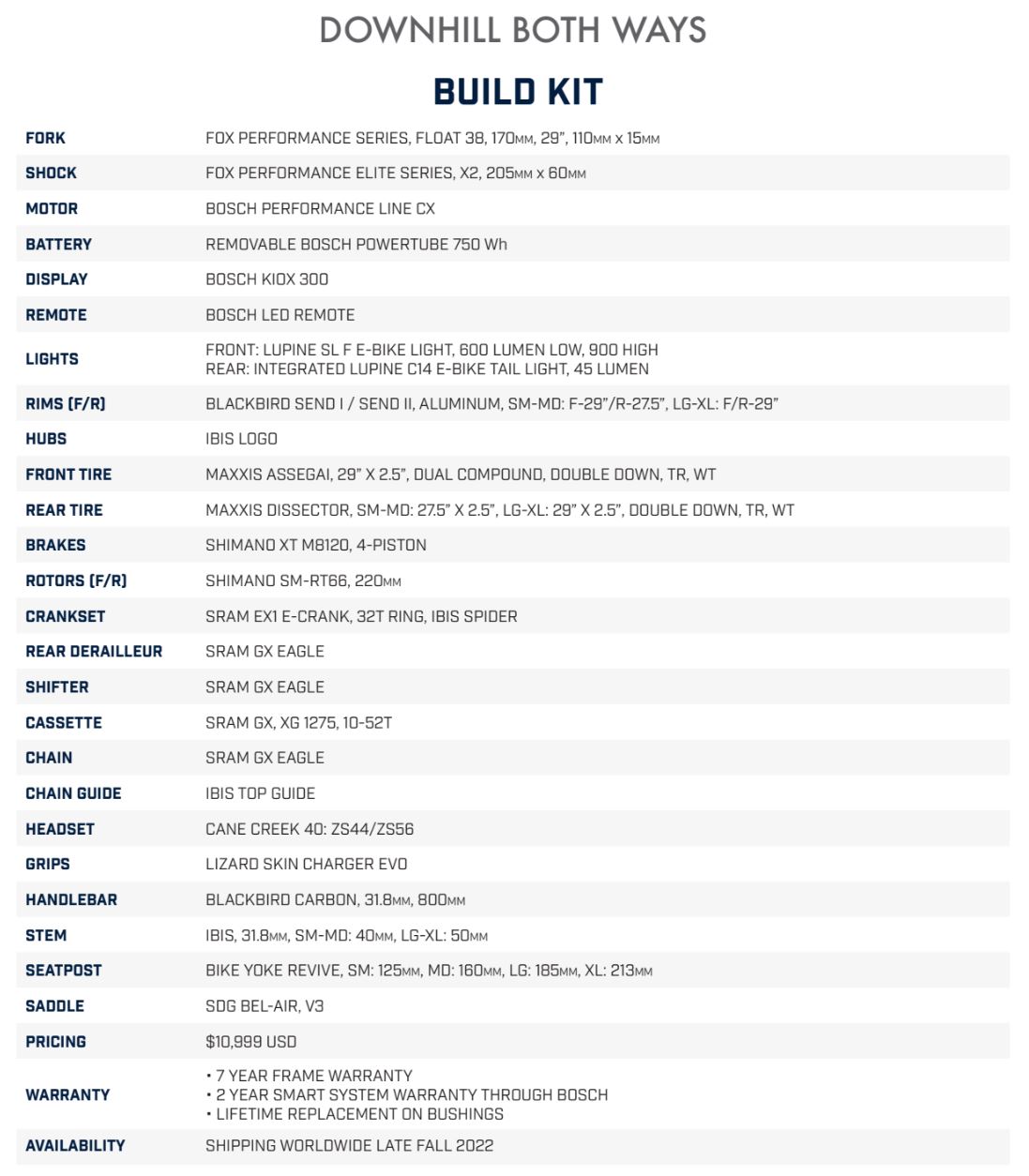 The Bosch Performance CX isn't a new motor, but the Smart System with the 750Wh battery is. A lot of bikes are coming out with this now, and we're seeing a few different ways of integrating the battery. Some bikes come with a non-detachable battery, it’s easier finding room the long battery inside the frame this way. Ibis wanted an easily removable battery, to take it indoors for things like charging or storing. This usually can’t be done without some sort of compromise. Ibis decided to go with the smaller Powertube 625 for the size Small. That makes sense, it’s easier fitting the Powertube 750 in the bigger frames. 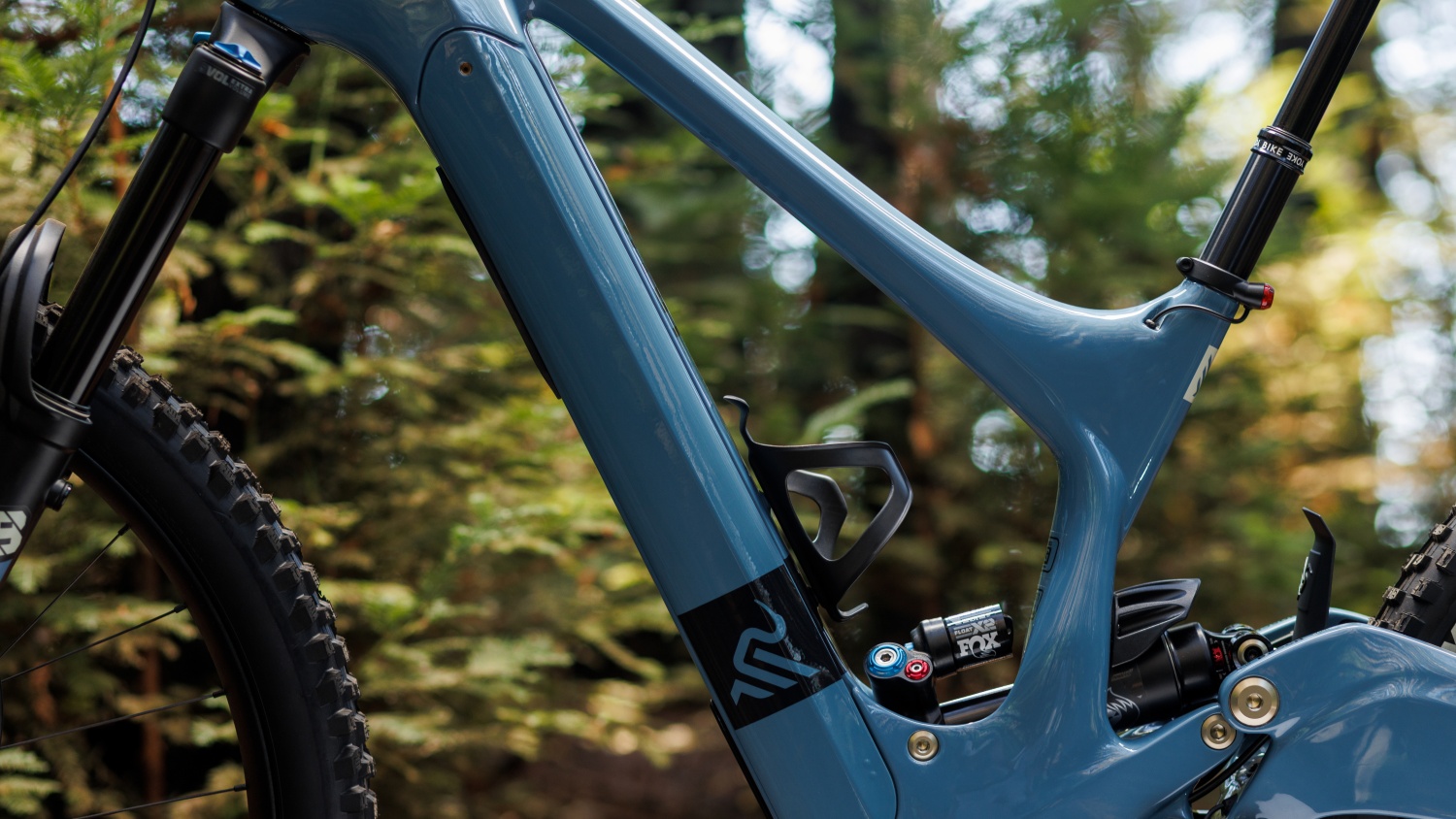 Enough, what about the geometry​

It’s not just the battery size that varies between the frame sizes. No, the Oso is a very different bike between the size S and XL. The two smaller sizes have got mullet wheels. The smaller 27.5 rear wheel allows for a 439mm chainstay length. The L and XL are 29er bikes with 444mm chainstays. Even the seat tube angle is different. It’s 79* for the XL, 78* for the L and 77* for the two smaller ones.


I think this makes sense. To have similar handling between sizes, the ratio of bike length on either side of the cranks needs to be similar between sizes. A bigger bike has a longer front end and needs longer chainstays to maintain a similar balance. Head angle is similar on all sizes though, and I can’t see why it wouldn’t be. Bottom bracket drop is 341/340mm, which is fairly low and just how I like it.

This bike comes as default with a 170mm travel fork. But Ibis says it 180 and 190mm is an option too, even dual crown forks. The 155mm travel rear end has a 205x60mm shock. Swap that for a 205x65mm one for 170mm of rear action. According to Ibis, the Oso is stable yet responsive, mimicking the Ripmo, regardless of configuration. And look at the design of the DW-link rear suspension. This is a floating design with a virtual pivot point. But it looks a bit unusual having all the linkage bolts so high on the frame. Looks like a mid-high pivot point design I think. 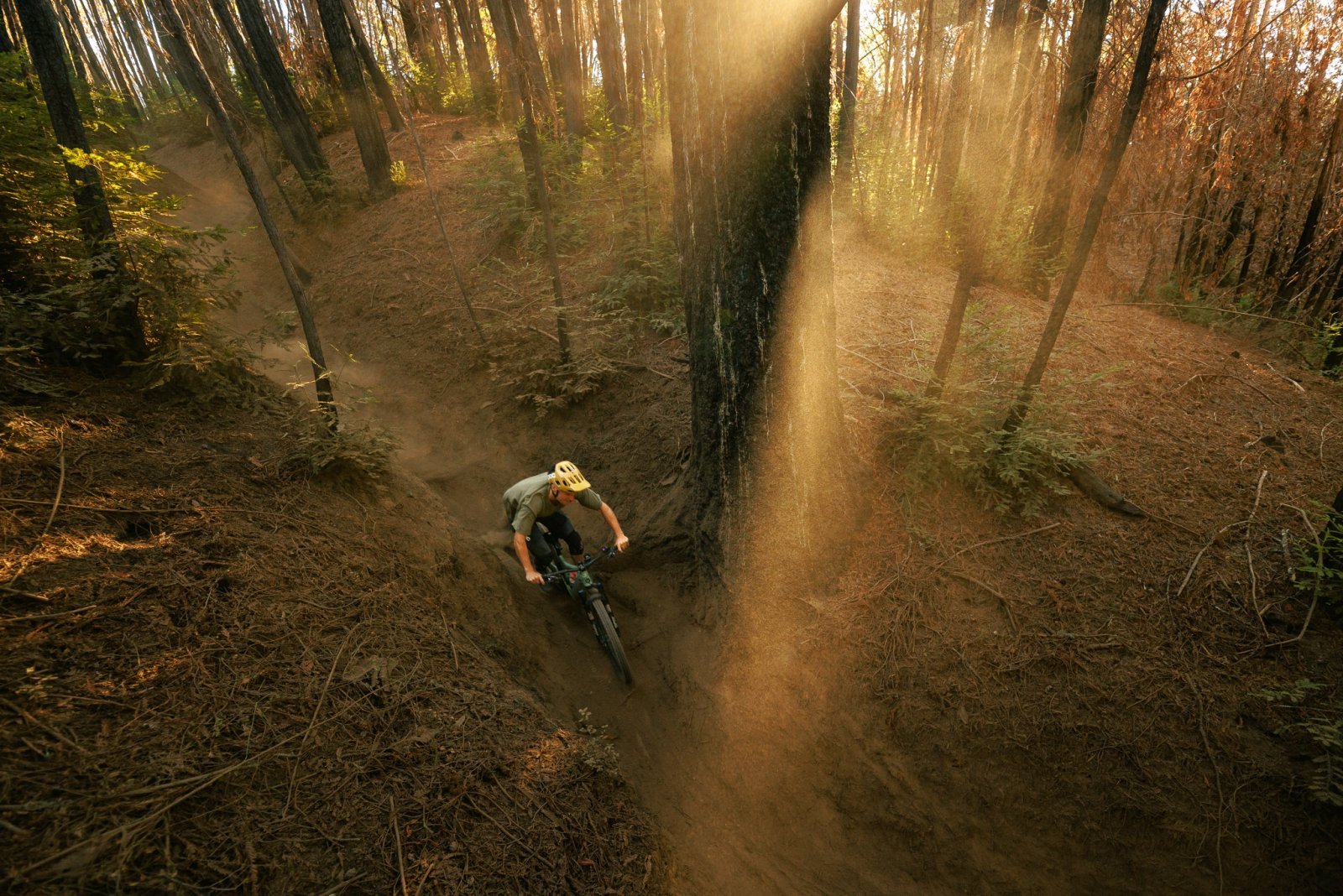 A great addition to the EMTB world, and now we think pretty much every major brand has an ebike in their catalogue. The Bosch powered Oso will appeal to those searching rowdy terrain, but also gives riders a lot of scope for upgrading as they progress. We particularly like the fact that it can run longer forks, and over stroked rear shock for up to 170mm rear wheel travel. Great job, Ibis!

Love the fact that they allow shock stroke changes and 190mm forks!

With the Float X, it's super easy to change stroke with spacers. As easy as changing volume spacers. Given that I'm surprised they didn't just spec the 205 x 65 for all of the bikes.

RickBullotta said:
With the Float X, it's super easy to change stroke with spacers. As easy as changing volume spacers. Given that I'm surprised they didn't just spec the 205 x 65 for all of the bikes.
Click to expand...

I wonder if they think a 170mm on paper is a bit too scary for a lot of the market, so opted to reduce it to 155 to make it seem less aggressive? Commercial opportunities usually take priority over outright capabilities.

Sizing guide is difficult to reconcile with the geo. Large has a 500mm reach (!) and is recommended for 173-185cm riders.
Really beautiful it reminds me the old Mountain Cycles, they really look like no other eMTB. But the pricing is steep unfortunately
Yup.. pricing ended up close to a million space bucks. Then again, almost all emtb prices has shot through the roof. Would have expected top spec suspension for that price.
Not tripping my trigger visually.
IMO, Ibis bike have always been ugly but that thing takes ugly to a new level

A huge driver for me ordering the new Trek EXe is 1) silence 2) looks like an analog bike. Ebikes in my area are still not allowed on most trails.

Paint the Ibis bright red and throw Ducati stickers on it and Bob's your uncle.
BKXC finally rides an Ebike!

This might be the first bike to come stock from the factory with 220/220 rotors, no?
This would be so cool if it had 1 air shock on each side of the seat tube.
This is outdated already :-( It needs the new Bosch display

James_MTB said:
This is outdated already :-( It needs the new Bosch display

Wish they'd done it in neon yellow
Click to expand...

It’s actually something I was thinking too. Having recently tested a bike with the new bosch stuff it’s SO much better.

Specifically, the new mini remote. It’s infinitely better than the starship enterprise remote, it’s way more tactile to click and change modes. And with the Top tube display showing battery levels in 10% increments it’s made a big display redundant for my use case - I’ll use a Garmin to track rides etc.

All Bosch need now is ANT+ (which, when I spoke with them, it sounded like was on their roadmap to implement at some point in the future).
Looks like there's gonna be a lot of comparisons between this bike and Pole Voima:
But there are differences:
Future shootouts will likely ensue.

Chrysaor said:
Really beautiful it reminds me the old Mountain Cycles, they really look like no other eMTB. But the pricing is steep unfortunately
Click to expand...

Looks very similar to Forestal bikes to this guy

Rob Rides EMTB said:
All Bosch need now is ANT+ (which, when I spoke with them, it sounded like was on their roadmap to implement at some point in the future).
Click to expand...

If you get a chance to speak with them in the near future, please ask if the current Smart System already has the necessary radio hardware to support ANT+. It would be nice if they could roll it out with a software update this generation.
I sent Bosch a message about my wish to make ANT+ data available from Bosch, and send to Garmin.

The student they hired 2 days before answered something about connecting a heartbeat sensor to Bosch.

BeBiker said:
I sent Bosch a message about my wish to make ANT+ data available from Bosch, and send to Garmin.

The student they hired 2 days before answered something about connecting a heartbeat sensor to Bosch.
Click to expand...

If we are wishlisting, add Skylo to that so you can find this beast of a bike even if out of cell coverage.
I don't think any ebike looks great- especially the full-power ones. They also are easily identifiable as ebikes. I'd buy this over the others if I went full power. I bet the ride quality is great.
Top